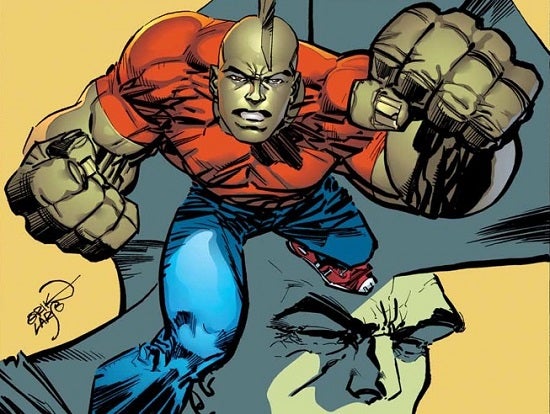 With last night's revelation that The Flash showrunner Greg Berlanti is interested in introducing Wally West at some point down the line, it struck us to wonder what other replacement heroes might end up onscreen.

Not just on The Flash, of course; we're reaching a point where many of the Marvel characters are nearing the end of their contracs and there will be a need at some point to make a decision about either recasting the original heroes or replacing the characters at least temporarily with their sidekicks, partners or successors from the comics.

Over on the DC side, we've got an older Batman and a Green Lantern movie that won't be canon to Batman V Superman: Dawn of Justice but does more than likely queer viewers' impressions of Hal Jordan enough to warrant another GL taking his place.

Here's one last thing before we get started brainstorming which ones we'd like to see: if a character already exists in the cinematic universe, we're going to consider them a given and not write about them. So, no Rhodey and no Bucky.  It's probably safe to assume those actors are next in line for the Iron Man and Captain America gigs, and we've got no problem with that at all, but that's kind of a different ballgame than saying "here's a guy we hope makes it to the screen." 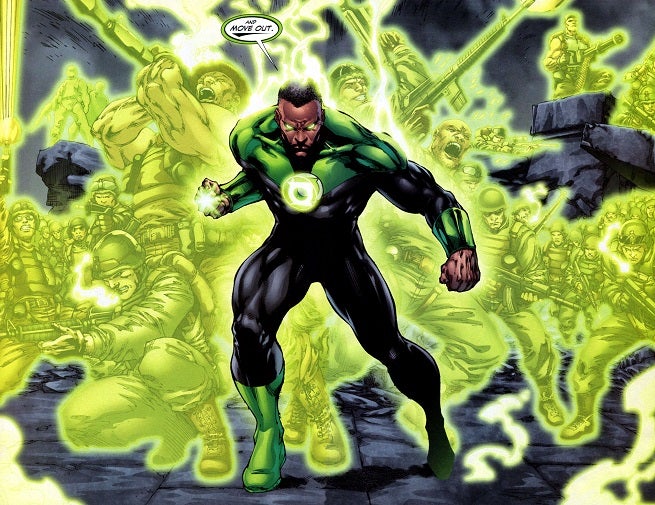 This one is a pretty obvious choice, if for no other reason than the fact that many casual fans who watched the Justice League and Justice League Unlimited cartoons already believe Green Lantern to be John Stewart.

There was a minor outcry when the trailer revealed Hal Jordan to be the Green Lantern in the 2011 feature film, driven mostly by a handful of people (including some celebrities) who believed had had always been black and that the character was being "whitewashed" for commercial appeal.

But Hal Jordan, as noted above, will almost certainly not be the Green Lantern of the Justice League film, since the last movie to feature the character flopped. If a Bamtan or Spider-Man movie flops, you're stuck with trying to make the audience forget the character. With Green Lantern, there are a bunch of other guys you can just hand the proverbial ring off to. 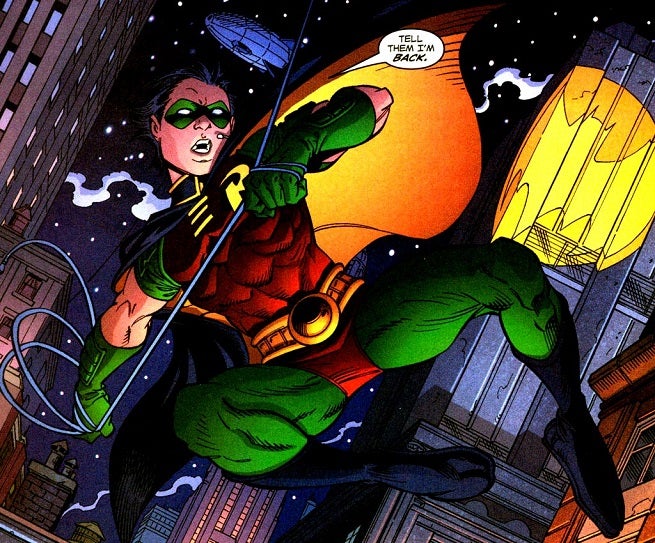 While Tim Drake is the third Robin, he is the logical choice to fill the role if Dick Grayson isn't around. Jason Todd was so short-lived in the comics that he ended up serving much more of a purpose as an empty suit in the Batcave or as the Red Hood than he ever did as Robin. Any reference to Todd as Robin should be in passing, and in the past tense.

Drake, meanwhile, managed to be a very interesting character for a long time, nost least of all becuase he was involve with Bruce's mythology entirely by choice. He wasn't Bruce's ward or his son, somebody who Batman had to have with him all the time. Tim hunted down Bruce for the gig and then did it while still living with his not-dead father. It changed a lot of the dynamic (no pun intended) between he and Batman, especially when you ran into issues like Tim's father telling the school that those bruises on his son might have come from all that time he spent hanging around with Bruce Wayne doing God knows what.

You can give Damian Wayne an honorable mention if you want, but frankly he's never connected with me as a reader the way Tim did...also, the omnipresence of Ra's al Ghul in the Dark Knight series and now Arrow suggests it will be a while before we see those guys in another Batman movie. 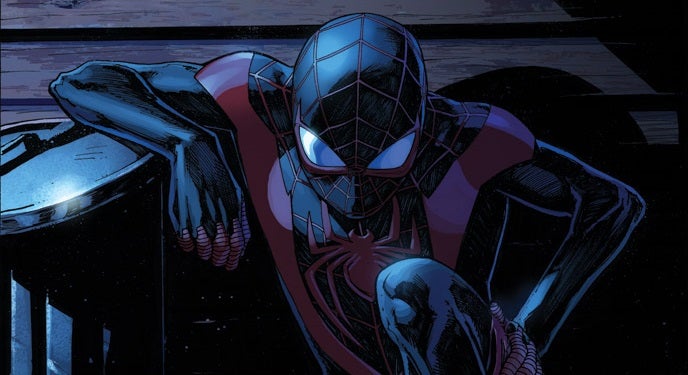 That said, the underperformance of The Amazing Spider-Man 2 in the eyes of fans and box office analysts, coupled with the departure of Roberto Orci and a delay in production on Amazing 3, has a lot of people suspicious that another reboot could be coming along.

I sincerely doubt it, and frankly I hope not.

If it happens, though, Peter needs a rest.

A reinvention would be a better way to extend the life of the intellectual property than another reboot, if only because another reboot so soon, and after having put so much effort into flexing the franchises's spider-powered muscles with promises of spinoffs, could be a transparent and embarrassing white flag on Sony's part. Another new Peter Parker so soon after the previous one and another new #1 so shortly after they had to make major concessions to Fox so they could keep director Marc Webb would be as big a blot on the franchise as any bad sequel.

All of that said, Miles Morales is a great character, and even if the franchise isn't rebooted, it might not be a bad idea to introduce him at some point. Garfield won't play Spidey forever, and recasting Peter while the Sinister Six, Venom and Untitled Spider-Verse Spinoff films are still in development would be jarring and perhaps send a bad message.

There was a bunch of conversation back when Marvel first announced a female Thor as to whether she'd ever make it to the movies. Our guess is not.

That said, Chris Hemsworth will probably eventually want to leave -- or at least take a year or two off before resuming -- and if he does, what would we do? Why recast, when you could put BETA RAY FREAKING BILL in your movie? 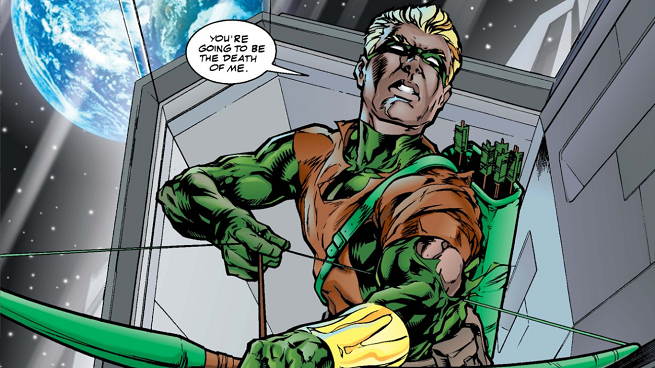 We love you, Stephen Amell, but there would be nothing cooler than seeing Connor Hawke on Arrow for a time.

Somebody has actually already proposed the perfect idea: that if the show gets a sixth season (which seems likely at this point considering its ratings and reputation at the network), they will have already told the story of Oliver's five years on the island. At that point, instead of flashbacks the story can move to flash-forwards, and deal with Oliver's illegitimate child (Connor) as the Arrow. Dropping fans into that middle of such a story and then using the flash-forward device to explain how they got there could be a very interesting take.

Even if they don't do it that way (one sure way to be disappointed in a situation like that is to go in having decided what story the creative people should be telling), they could easily use Connor (or Wally West, for that matter) in the films in order to help differentiate the existing product from what they're planning to roll out with the Justice League movie. 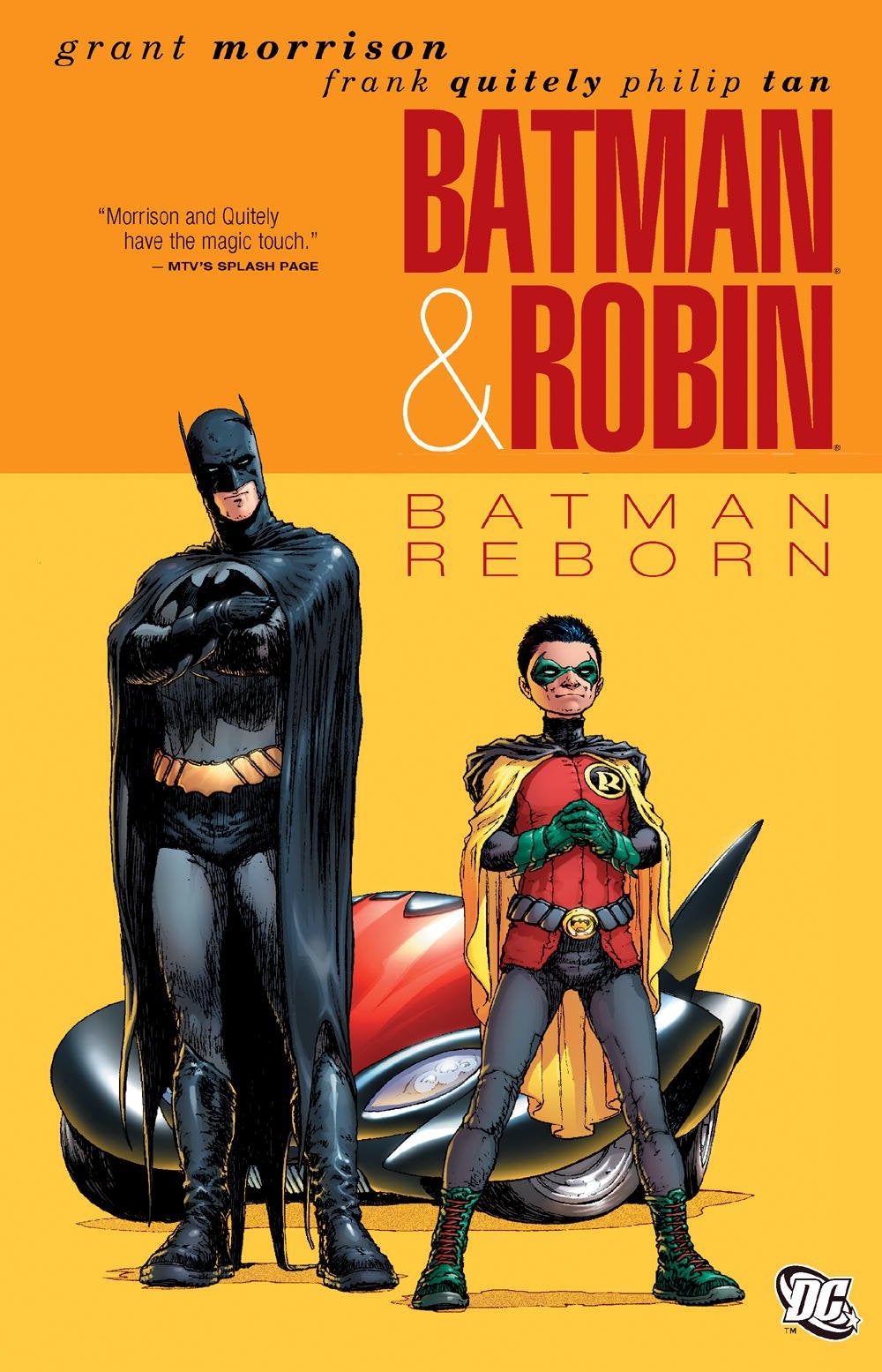 Look, we're not saying anytime soon. We're just saying "we'd like to see." No harm in that, right?

In order to do the Dick-replacing-Bruce thing, they would have to first establish Dick Grayson, find a way to take Bruce out of action that doesn't feel just like what they already did with The Dark Knight Rises and probably make it clear to the audience that there is an escape hatch. Comics fans are jaded enough about death that we didn't have to be spoonfed that information when Bruce Wayne "died" in Final Crisis but it's possible movie audiences could revolt if the most popular superhero in cinema were suddenly killed or replaced.

All that said, seeing Dick as Batman would be great onscreen for the same reason it was great in the comics: no sidekick has ever deserved a shot at the "big leagues" more. 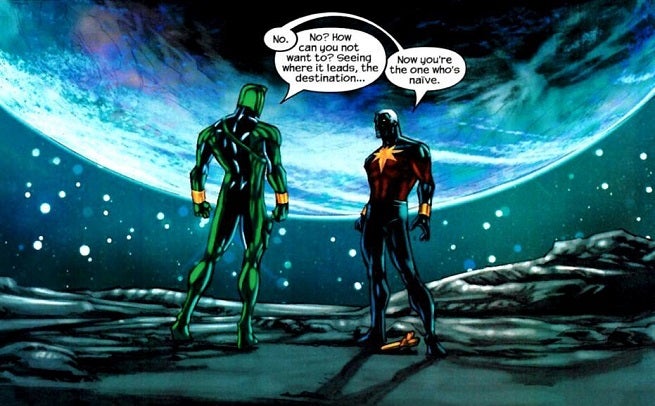 It's wildly unlikely we'll see Peter David's Captain Marvel onscreen, since the odds are good they'll either go with the Kree Mar-Vell for the history and cosmic nature of it, or with Carol Danvers because there's a female superhero-shaped hole in the current marketplace.

That said, it could be a blast. The book was smart, fun, funny and would fit in nicely with James Gunn's take on the Guardians of the Galaxy to continue to make Marvel's cosmic characters different and interesting. 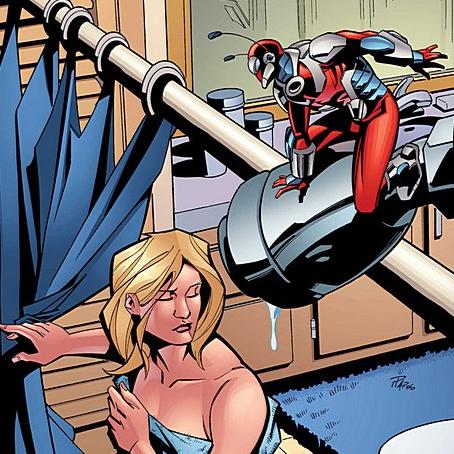 Again, this one isn't coming along anytime soon.

With a new movie hitting -- the first time Ant-Man has ever been on the big screen and a story that revolves around a mentor/mentee relationship between Hank Pym and Scott Lang, it will be a while -- if ever -- before we see Eric O'Grady on film.

Which is too bad! With the focus on S.H.I.E.L.D. in the Marvel Cinematic Universe, he would fit right in...and he's definitely wildly different than any other character they've got on camera.

Plus, y'know, "From the creator of The Walking Dead" is a phrase that never hurt anybody.

Yeah, you know why? Because if Malcolm Dragon is appearing in a movie or TV show, it means that they did a Savage Dragon movie or TV show that has run long enough to make a replacement plausible.

And that's a world I want to live in.

Again, kind of a cheat...but again, we don't care! Invincible would be an awesome property to be adapted, and he's technically a replacement hero -- or at least that was a heavy theme in the first couple of arcs.