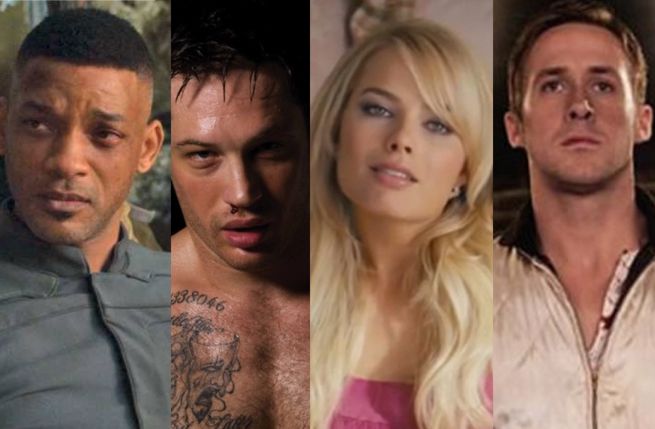 It's been a crazy day for Ryan Gosling rumors. Not only is the actor reportedly talking with Marvel Studios about the lead role in Doctor Strange, the actor is also said to be up for a part in Warner Bros. DC Comics film Suicide Squad, which was only officially announced earlier today.

According to The Hollywood Reporter, sources say that the Ryan Gosling, Will Smith, Margot Robbie and Tom Hardy are all fielding offers for Suicide Squad. In announcing the film today, Warner Bros. CEO Kevin Tsujihara teased that there were four A-list stars in talks to join the movie, and all the stars on The Hollywood Reporter's list would certainly qualify as A-list.

Tsujihara also described Suicide Squad as "a gritty story of a team of supervillains who take on black ops missions for the U.S. government."

Suicide Squad is scheduled to be released in movie theaters in 2016. David Ayers has signed on to direct.