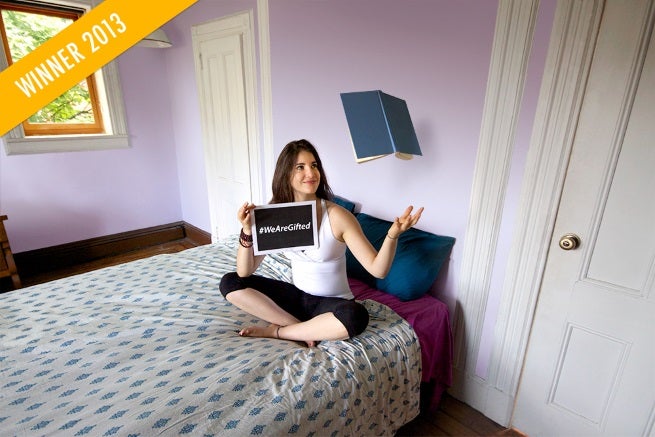 Two weeks ago, we reported on a viral campaign for X-Men: Days of Future Past, involving two organizations, both claiming to want to further the mutant agenda.

The first was Tandem Initiative, an organization that wants to build a mutant community by encouraging gifted youngsters to share examples of their special abilities with the hastag #WeAreGifted on Tumblr, for the chance to win free genome sequencing. Many actual people participated in the sharing, though there were certain participants – winners of past events – who were clearly mocked up using some movie grade technology.

On the flip side is M-Underground. This organization is taking more of a guerilla approach, trying to undermine Tandem by claiming they don't have the best interests of mutants at heart at all. They released a documentary style "Video Codex," claiming that they retrieved it from Tandem's servers, that seemed to further the idea that mutants are a threat. Furthermore, they've posted autopsy photos – similar to those seen in X-Men: Days of Future Past – of mutants who have clearly been experimented on, including Angel Salvadore from X-Men: First Class.

Now, a new piece of audio has been leaked online. The recording seems to show Tandem trying to coerce scientists into labelling mutants as a threat. At the end, you can hear the name Trask just before the audio cuts out.

No, that's a huge leap in logic. I never said that mutants need to be eradicated—I said the exact opposite. They should be celebrated! They've helped us see our world in ways scientists could've never imaged.

I thought this was going to be an unbiased interview with Tandem Initiative. All of a sudden we have Trask security personnel here? What are they doing here? I didn't sign up for – AUDIO CUT OFF - END.

When you hear the name Trask, you obviously think of Bolivar Trask and Trask Industries, responsible for the mutant hunting Sentinels from X-Men: Days of Future Past. Could Tandem be a front for Trask? Is he invited mutants to share their powers so that he can catalogue them and program them into his Sentinels, as seen in Days of Future Past? We can't say for sure, but the evidence is starting to mount.

The audio leak has appeared on the M-Underground website, suggesting that they're responsible for the leak.

X-Men: Days of Future Past will release onto Blu-ray and DVD on October 14.