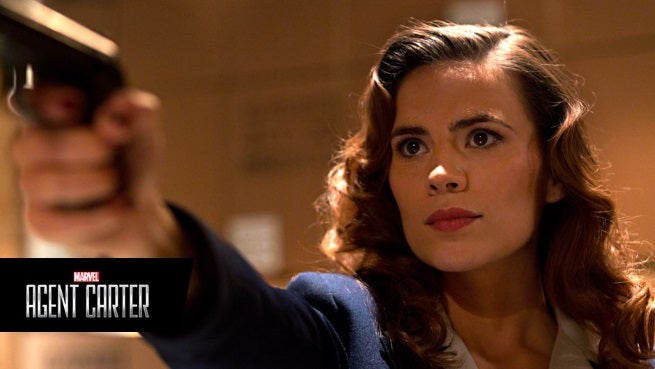 ComicBook.com has received confirmation from Marvel that the first two episodes of Agent Carter will air back during the series premiere in January.

Originally billed as an eight part television event, the series is now described as only seven parts. The reason for this is that the first two episodes are airing back-to-back as part of the premiere event, rather than the debut episode simply being a double-length single episode.

Agent Carter sees Hayley Atwell reprising her role as Agent Peggy Carter from Captain America: The First Avenger and the Agent Carter One-Shot. Set in 1946, Carter is enlisted by Howard Stark (Dominic Cooper) to technology that was stolen from him and is being used to frame him. With the aid of Stark’s butler, Edwin Jarvis (James D’Arcy), Carter must track down the culprits and the technology before it’s used for mass destruction.

The first two episodes of Agent Carter will air January 6, beginning at 8 p.m. ET on ABC.