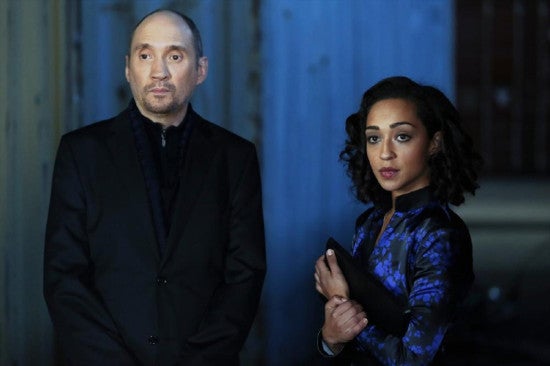 The hype of a midseason finale and the promise of some of the show's lingering mysteries and subplots being addressed weren't enough to lure casual fans back to Marvel's Agents of S.H.I.E.L.D., which drew only a 2.0 in the 18-49 demographic and dipped back below 6 million total viewers on the night.

After sinking every week for the first seven episodes of the series, the season's eighth and ninth episodes each rose slightly, giving fans the sense that the numbers may have stabilized and found a level.

Those covering the entertainment industry cautioned against too much enthusiasm just yet, though, as S.H.I.E.L.D.'s rising numbers came as NCIS and The Originals, two series with which Marvel has a sizable crossover audience, had at least one skip week each during the two weeks S.H.I.E.L.D. rebounded.

During that time, though, it became fashionable for some entertainment bloggers to point out the benefits that ABC enjoys from the series, which is bringing in a male 18-49 audience the network doesn't usually enjoy and solid ratings compared to the rest of the Tuesday lineup, giving the network the night's consistent #2 show even if it's taking in numbers now about a third of NCIS.