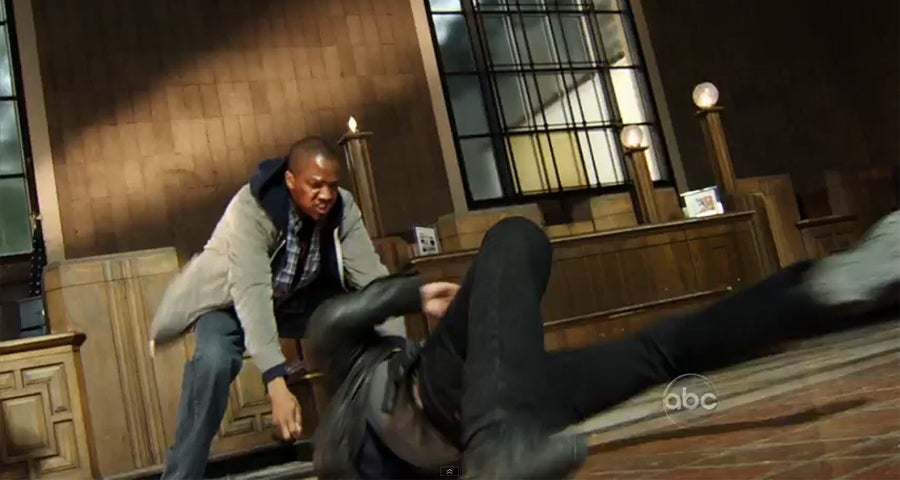 With the Blu-ray and DVD release of Marvel's Agents of S.H.I.E.L.D. coming on Tuesday, ComicBook.com has had an opportunity to speak with some of the talent behind Marvel Studios and ABC's first major TV outing.

Among them was J. August Richards, the recurring guest star who played a key role in the series' pilot and then went on, later in the season, to play the Marvel Comics superhero Deathlok.

Richards, a veteran of Joss Whedon's Angel, maintains that he was and is largely kept out of the loop on the show's big developments -- including, at first, the identity of his own character. As a result, when fans started to speculate that he was playing Luke Cage, Richards believed it.

He laughed, adding, "But then I realized how silly that was. I didn't play the guessing game. It was hinted to me at a certain point that I as going to be turned into an existing character and I did the research that I could. I googled lost leg, burned face, I came up with a lot of different things but I didn't ultimately get it right, the guess."

Welcome Back, Connie: Lauren Ridloff Returns to The Walking Dead

The Last of Us Multiplayer Game Update Revealed by Naughty Dog