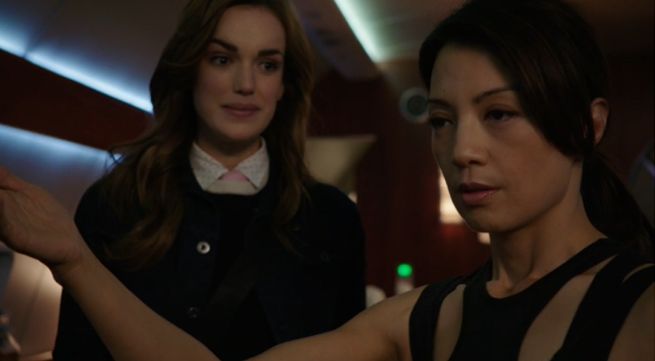 Marvel Studios and ABC have released a synopsis for the upcoming, fourth episode of Marvel's Agents of S.H.I.E.L.D., which pits Coulson against Agent May.

The episode is directed by executive producer Kevin Tancharoen, but what's arguably more interesting is that it's written by Drew Z. Greenberg, who has written episodes of Buffy the Vampire Slayer, Star Wars: Clone Wars, Arrow and Firefly. Greenberg is responsible for a number of the best-loved episodes of Arrow, including "Deathstroke" and "Darkness on the Edge of Town."

Check out the official synopsis below:

"Face My Enemy" - While on a mission to learn more about the secrets of the mysterious writing, Coulson finds himself attacked by the only person he can trust: Agent Melinda May. Meanwhile the rest of the team is trapped in an explosive situation, and it's up to Fitz to save them--but is he up to it? "Marvel's Agents of S.H.I.E.L.D.," Tuesday, October 14, (9:00-10:00 p.m., ET) on the ABC Television Network.

"Face My Enemy" was written by Drew Greenberg and directed by Kevin Tancharoen.

Agents of S.H.I.E.L.D. Season 2, Episode 4 Pits Coulson Against May