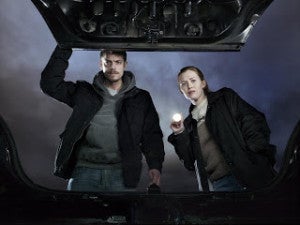 For the second time in just over a year, AMC has officially announced that they will no longer produce new episodes of The Killing.

"We have made the difficult decision not to move forward with a fourth season of The Killing," came a brief statement made to the show's Facebook page. "We want to thank our dedicated fans."

The official word comes two days after some of the trades started to print that the show wouldn't come back.

Fans wondering what caused the cancellation may be dismayed to learn that there were a few factors, and so salvation on Netflix or another network is unlikely. Not only did the series average slightly less during its third season than it did in season two (when it was also cancelled, and then saved at the last minute), but it's likely that a fourth season would be significantly more costly than the third.

While it may be just hearsay, ComicBook.com was under the impression that last year after the previous "cancellation," the show came back in part because they had another year on the contracts for the two leads--meaning that you were getting Enos (about to break big with World War Z) and Kinnaman (the star of the new RoboCop) for pennies on the dollar, relatively speaking. A fourth season would probably have to pay them what they're worth on the open market.

If they change their mind again, we'll let you know.