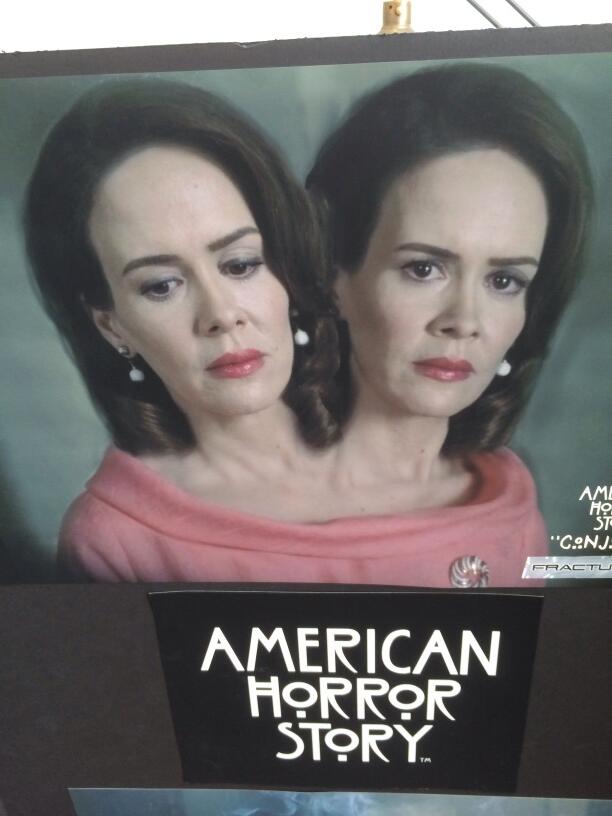 The Spirit and Studio 60 on the Sunset Strip actress Sarah Paulson took to Twitter yesterday to give fans what seems to be their first look at her new character on American Horror Story: Freak Show.

The character -- well, characters, actually -- are Bette and Dot, conjoined twins and likely an attraction at the 1950s freak show at the heart of the season, run by Jessica Lange's character.

You can check out the image above and Paulson's tweet below. American Horror Story returns for its fourth season in the fall.

So excited to be playing Bette AND Dot this season. Two heads are better than one! #AHSFREAKSHOW pic.twitter.com/jdZJSPercn