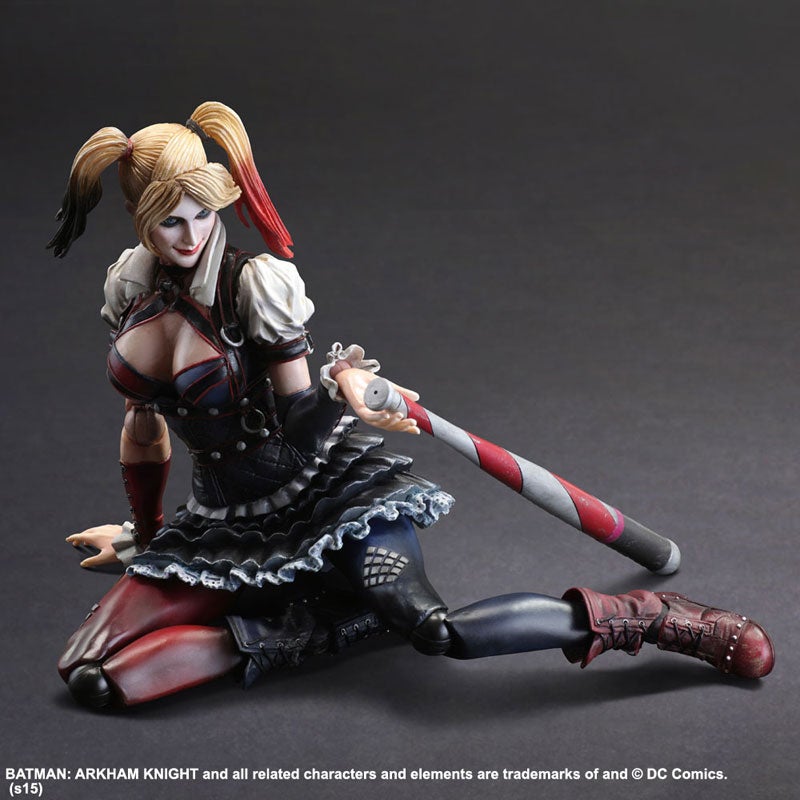 Depicting Harley Quinn in her upcoming Arkham Knight costume, the figure offer a highly detailed look at the maiden of madness. The figure features multiple points of articulation, three sets of hands, two head sculpts, a policeman's hat, a baseball bat, a pistol, and a figure stand.

Clocking in at $88—which isn't that much more than the actual Arkham game—the Harley figure hits shelves this August. You can check out multiple photos of Harley in the gallery below.