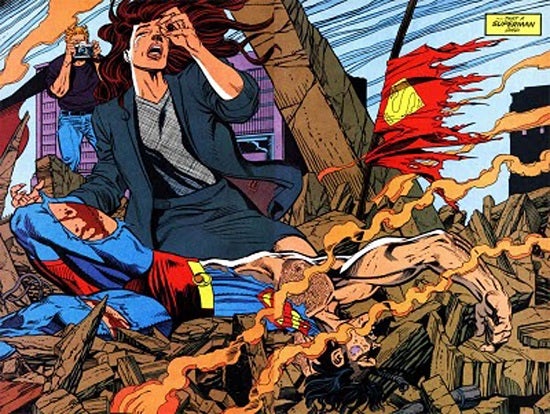 During a Facebook Q&A with fans earlier today, Arrow star Stephen Amell was asked what his favorite comic book is.

Without further explanation, he answered "Superman 75."

While there have been two Superman #75 issues since the character'c creation in 1938, and a number of other seventy-fifth issues on Superman-related titles like Action Comics and Superman: The Man of Steel, there's really just one thing most readers mean when they say "Superman #75," and that's Dan Jurgens and Brett Breeding's all-splash-page issue from late 1992. 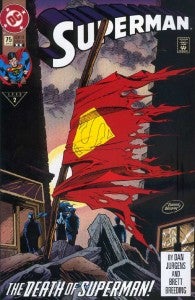 The comic, in which Superman died at the hands of Doomsday, was a massive best-seller, moving about 3 million units in the direct market alone. It's also been cited as one of Man of Steel star Henry Cavill's favorite Superman stories, with the actor admitting he'd like to fight Doomsday in a sequel one day.