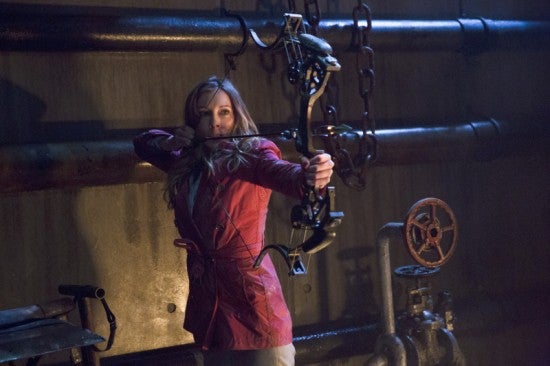 With the penultimate episode of Arrow's second season just over a day away, The CW have released a clip from the episode. Featuring an explanation of sorts for one of the most intriguing visuals offered in trailers and preview photos for the episode, Oliver is trapped in debris (presumably from their escape at the end of last week's episode), and Laurel has to fire the bow (fitted with an explosive arrow) to free him and allow the pair to find safety. She's nervous about it but, according to Oliver, the bow will "do all the work for her" as long as she just "lets go." Check out the clip below.