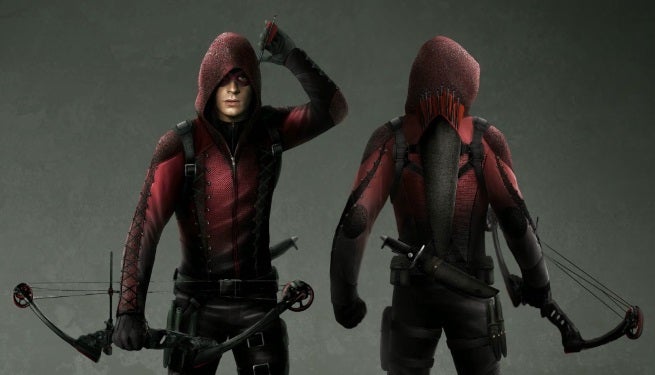 Artist Andy Poon has posted his character designs for Arrow’s Arsenal and The Flash’s multiplex to his blog.

Roy Harper debuted his full Arsenal costume in the Season 3 premier of Arrow. Poon mentions that he is particularly proud of the design after hearing Stephen Amell speak highly off it during a convention appearance.

Multiplex made his first appearance during the second episode of The Flash, at first calling himself Captain Clone. Multiplex wears a simplified version of his comic book costume.

Check them out in the gallery below.