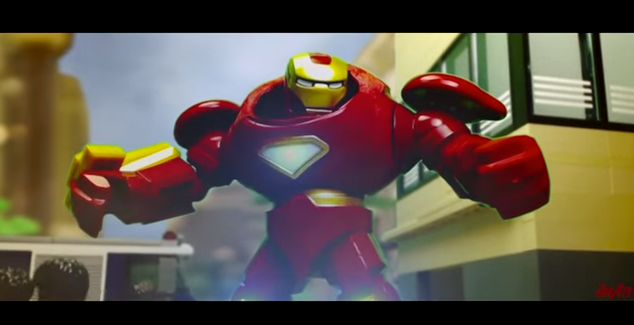 A new LEGO version of the Avengers: Age of Ultron trailer has hit the Internet, recreating the trailer for The Avengers sequel in miniaturized brick format.

The LEGO trailer recreates the original almost shot for shot, animating LEGO bricks and figures. The trailer’s creators even took the initiative to make custom LEGO figures of Ultron, The Scarlet Witch, Quick Silver, and Hulkbuster Iron Man. Top marks, gentlemen. There have been plenty of LEGO renditions of the Age of Ultron trailer since its release this October, but this one may be the most impressive yet.

Check out the video below for a version of Joss Whedon’s film that you most definitely won’t see in theaters.