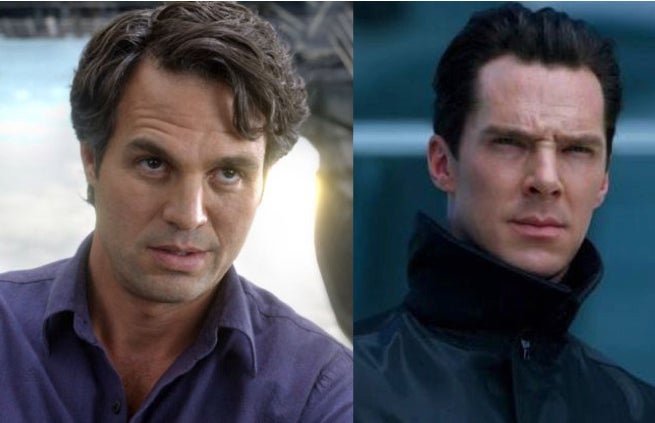 If nothing else, anyone starring in a Marvel Studios film these days has plenty of opportunities to meet their Hollywood brethren.

Such is the case with The Avengers' Mark Ruffalo and Doctor Strange's Benedict Cumberbatch. Though the Jade Giant and Master of Mysticism most likely won't join forces until 2018's Avengers: Infinity War, which will supposedly rope every Marvel cinematic hero into one film, Mark Ruffalo is already anticipating the meet-up. Speaking to MTV at last night's Golden Globe Awards, The Hulk's big screen actor called Cumberbatch's casting both "great" and "amazing."

Ruffalo admitted that he doesn't know Cumberbatch very well yet, but he offered his respects to the British actor, saying "He's really good. He's not doing so bad."

But before Ruffalo and Cumberbatch can team up, they each have their own Marvel films to fill out. Ruffalo will anchor this summer's Avengers: Age of Ultron, while Cumberbatch will star in 2016's Doctor Strange.

Are you excited to see Ruffalo and Cumberbatch share a screen? What other Hollywood actors are you pumped to see together in Infinity War? Sound off in the comments below.

Avengers: Age of Ultron opens on May 1st.