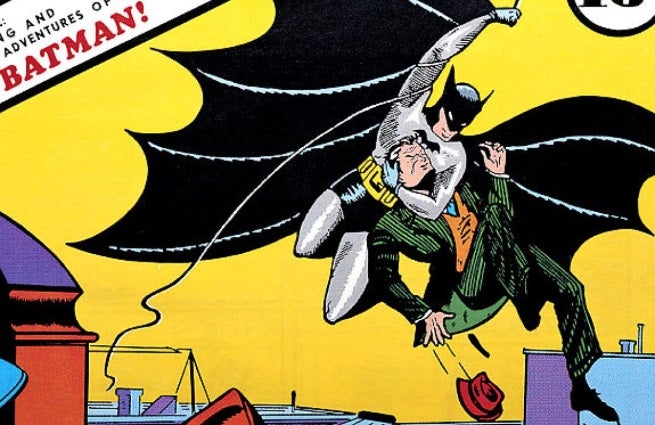 Batman co-creator Bob Kane will receive a star on the Hollywood Walk of Fame as one of the new honorees being added in 2015.

"The Walk of Fame Selection Committee is excited to announce the Class of 2015 Star Honorees to the Hollywood Walk of Fame. We know that the new selections represent the best of the entertainment industry, and will be a great addition to the Walk of Fame for both the Hollywood community and fans from around the world who visit Hollywood every year," stated Maureen Schultz, Chair of the Walk of Fame selection committee for 2014-2015. "We look forward to welcoming all our new honorees to one of the most popular tourist attractions in California."

Kane co-created Batman in Detective Comics #27 in 1939 and the character has continued his adventures in comics for 75 years. He has been adapted for television, in the iconic Batman television series of 1966 and later in Bruce Timm's Batman: The Animated Series, and had several iconic appearances at the box office,  including Tim Burton's Batman and Christopher Nolan's The Dark Knight, earning Kane a spot in the new crop of inductees under the "motion picture" category.