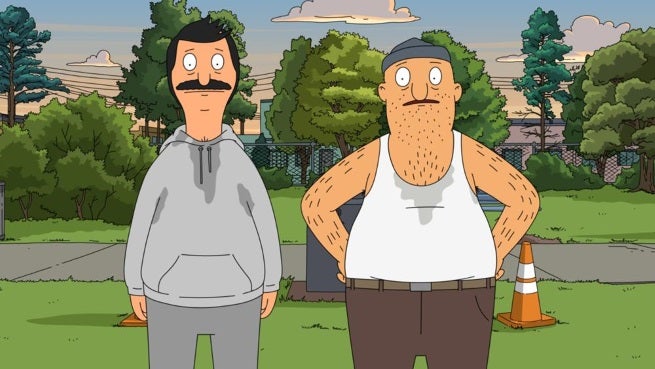 A new episode of Bob's Burgers, "Friends with Burger-fits," airs tonight on Fox.

In "Friends with Burger-fits," Bob becomes Teddy's workout buddy after finding out his burgers contributed to Teddy's bad health. The two enroll in a stuntman boot camp where their friendship is put to the test. Meanwhile, the kids make an ice rink in the freezer, with Linda running their underground ice wrestling league.