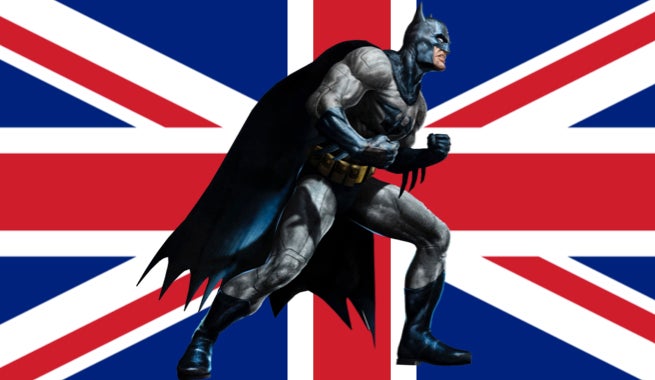 Quick, someone call Grant Morrison. It looks like "Batman, Inc." is finally becoming a real thing.

According to London newspaper The Standard, the UK has their very own Dark Knight lurking in the shadows. Deemed the "Bromley Batman," the black-clad crusader has reportedly thwarted multiple crimes around London's Bromley town center, the town of Penge, and the town of Lewisham.

As the newspaper's report cites, multiple would-be mugging victims have come forward and described how a masked man, with a beard, stopped muggers and assailants from succeeding in their violent crimes. The vigilante also reportedly had a deep voice (too bad it Christian Bale-gravely), and some martial arts skills. Perhaps this Bromley Batman was trained by the League of Shadows? We can only hope.

Despite The Standard's numerous eye-witness reports, the Bromley Police claimed that they haven't received any reports of a vigilante fighting crime on the streets. We're sure that's what Gotham City Police Department first said when the Batman showed up, too.

Do you think the Bromley Batman exists, readers? Let us know in the comments.