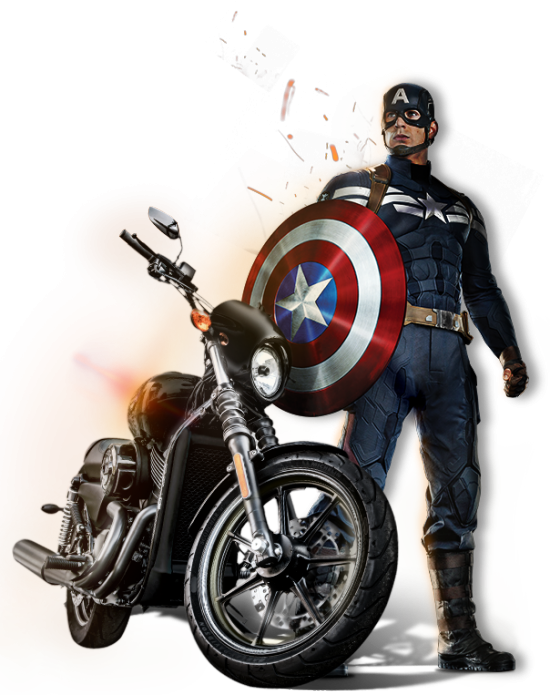 Chances are good you've seen Robert Nagle's work. As a stunt driver, he's been part of a number of the biggest movies in recent years, including the Fast & Furious and Dark Knight franchises.

He's one of a handful of stunt drivers working on the upcoming Captain America: The Winter Soldier, the trailer for which (check it out just below) sees an SUV get flipped, a car being attacked and destroyed by a supervillain while in motion and a motorcycle rider hurling a large object at an airplaine while moving at speed.

All of these fall under the heading of "stuff that millionaire actors are not doing while on the Disney insurance plan."

So how does Nagle approach his work in a way that keeps him at it nearly two decades after he started? How does he deal with the pressures of working on massive sets shrouded in secrecy, with people begging him for details? And what do he and his business partner Allan Padelford bring to the table that's arguably more valuable  than just the driving? (Hint: It's called the Biscuit Rig, and it's awesome.)

Nagle joined ComicBook.com for a two-part interview delving into the art of modern stunt driving. Check it out below.

This stunt, from CAPTAIN AMERICA: THE WINTER SOLDIER, is just emblematic of what we're talking about. Nagle wants to clarify this was actually done by Jay Lynch.[/caption]

ComicBook.com: Of the people in your field, there are really only a few with whom I've seen interviews before--but I recognized your name. Is it a fair assumption that when you're a stunt driver and you're doing the Fast & Furious franchise, you're at the top of the game?

Robert Nagle: For us, yeah. We're going to get to do some really fun stuff. We're going to be trying to get things to another level and how do we wow the audience more than we did last time? So it's absolutely the place you want to be at the time.

ComicBook.com: I was thinking about it and thinking that this is the kind of successor to Smokey and the Bandit and The Blues Brothers. Is it challenging to kick these movies up to the next level and remembers a signature stunt when you're competing against nostalgic, half-remembered material like that?

Nagle: I think it's a combination of things. One, trying to get it to the next level but also somewhat in the realm of believable so that it doesn't look, for lack of a better word, stunt-y. If you look back at some of the older stuff you can see where it's a setup stunt and it's sort of telegraphed that it's going to happen--you sort of know it. So I think to keep true to the storyline and to keep the audience in the storyline, it becomes a mix of keeping it exciting but keep the storyline going and keep the audience in the story without detracting from that. For me, it's been collaborating with the directors or the second unit directors and the stunt coordinators to try and come up with ways to really make it cool.

ComicBook.com: At what point did it get to the point where guys like you are being vetted for confidentiality and stuff? I mean, Marvel is notorious for not wanting word one to come out.

Nagle: A lot of it is driven by the project itself. Some of the studios want to keep things so, so close to the vest and others--I'm not going to say they don't care but some of the bigger projects they make us sign documents that we're not going to photograph things and we're not going to put it out on social media. And it's sort of frowned-upon in our circle anyway if you start doing that before it's released; it just doesn't come off very well.

ComicBook.com: Is there a disconnect where the above-the-line actors get to do that stuff and it gets embraced as part of the marketing?

Nagle: That's very true and some of it may be by design, if they've got a certain look or something that they're trying to get out. Obviously I'm not privy to any of that. It's funny becuase often times, where we're shooting, you've got the public at large photographing everything. Where as they drivers, we're not doing that. We're asked not to do that and it's looked down upon--whereas you've got the general public doing that and it's actually kind of funny.

ComicBook.com: What is the absolutely most insane, dangerous thing that you've had to simulate onscreen? 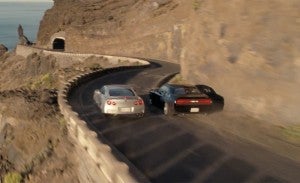 Nagle: So far, the most precarious thing I've done to date was on Fast 6. It's in the opening sequence, and I was driving a high-speed camera car, chasing--the characters were Vin Diesel and Paul Walker's characters, but we had Mark Higgins who is a multi-time world champion rally driver and Ben Collins, who is the former Stig from Top Gear and both obviously very, very accomplished drivers. Chasing them on a mountain road in Tenerife, Canary Islands.

This road is closed to the general public becuase it's just too dangerous, and it's a thousand-foot drop-off on one  side into the ocean and then a sheer cliff going five, six-hundred feet straight up on the other side.  There's not much between you and the drop--they did a block wall, these blocks that were maybe two and a half feet tall and maybe four feet long and a foot and a half wide, and really wouldn't do much at the speeds we were running through this mountain road. And I'd never driven the road, never driven the car and we got it done in one take--but that's certainly an instance where if something had gone wrong, it would have been pretty unforgiving.

It's not a big stunt, per se, and it certainly doesn't play out that way onscreen, but when you're there on the day and doing it, it certainly is precarious.

ComicBook.com: Is that common? I mean, I guess it makes sense that the crazier and more dangerous something looks onscreen, the more likely it is that there are effects involved somewhere.

Nagle: Yeah. I think for some of the bigger stunts, some of the big explosions and things that you see, there's so much more planning involved that while certainly things can go wrong and you can certainly get hurt quite quickly, I think the former, what I was speaking to, is certainly more dangerous when you're running along a road like that. I think there's a lot more variables.

ComicBook.com: It seems at least from the outside that your job, both in driving in general but stunts specifically has got to be changing so quickly. Isn't everything now moving more toward green screen, and if so does that mean you have to learn a whole new skillset?

Nagle: It's obviously raised the bar for our job, to try and make it better because now we are chasing the computer-generated, green screen effects. At the same time, what it's done is we've developed some systems--my business partner Allan Padelford and I came up with a couple systems. 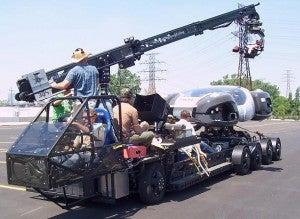 One is called a Biscuit Rig--and there's a whole story behind why it's called that, if you want to get into it--and it's basically a drivable platform, a high-performance platform that we put a car body on. I can drive it--there's a pod that's mounted on it that I can drive from that we can move anywhere we want to on this rig. So now, I'm driving off-camera with the actor sitting in a stripped-down car looking as if he's driving. We can put him in the middle of a car chase and shoot it real time versus taking that same car body and putting it on a stage with a green screen and filling the background with pre-shot footage or computer images.

The major difference is that you're going to get great reactions from the actor, and the physics are real. Meaning, if you're just doing it on a stage and they're trying to act out the physics, you know it's wrong. You may not be able to point to what's not right but your eye knows that something's not right. Versus when you watch it off a rig like we've built, you never once need to think about it and it never takes you out of the story at all.

Come back tomorrow for the second half of our interview with Robert Nagle.