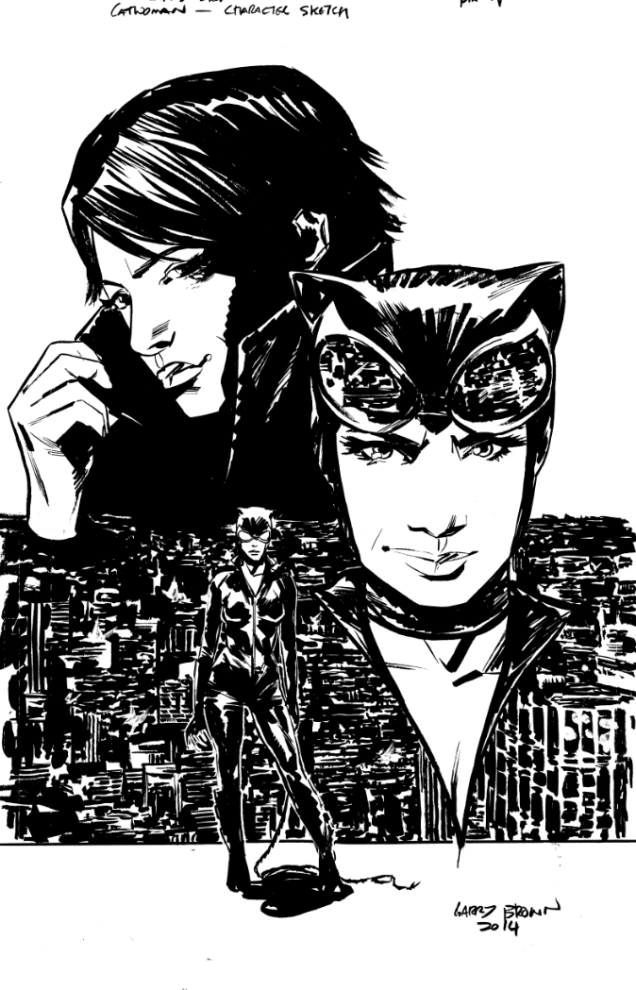 The mob boss vision of Catwoman seen in the Batman Eternal preview that ran in the back of Detective Comics #27 will take over as Selina Kyle's primary look, transforming the Catwoman monthly comic into something you might expect more from The Penguin in October.

"After the dust settles in Batman Eternal, Selina Kyle has discovered she's part of a legacy she never knew before, and heir to the family business," novelist and io9 contributorGenevieve Valentine, who will take over the Catwoman monthly after Ann Nocenti leaves to launch Klarion, told io9. "She decides to accept the position, both because she sees a chance to restore a ruined Gotham and because, deep down, Selina's always played power games against herself. In this arc, she'll be coming face to face with what she's willing to do to keep her power, on a scale that could shake the whole city." 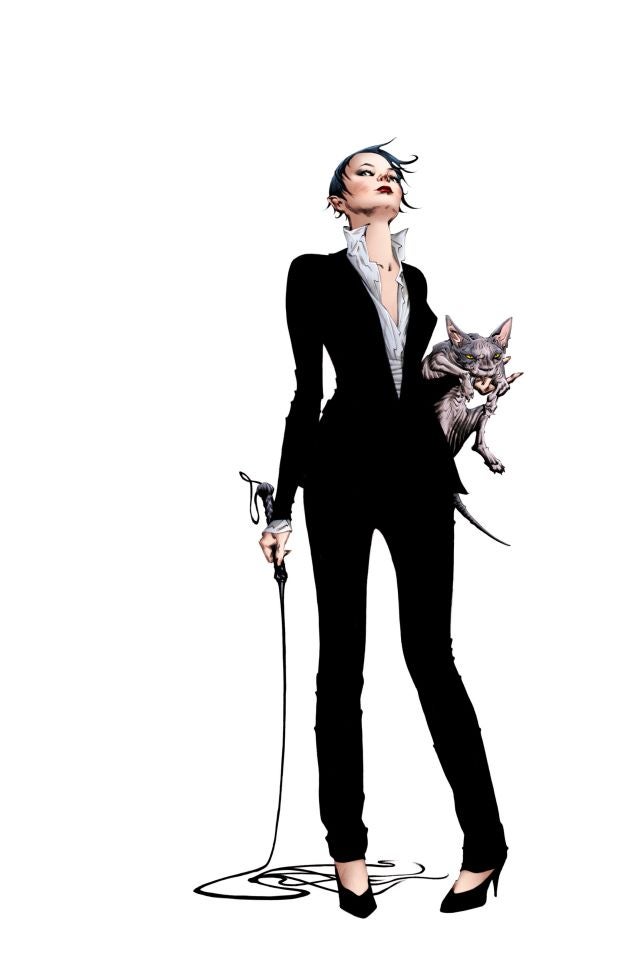 Five Ghosts' Garry Brown will handle the interior art, with covers by Jae Lee, in the reworked title.

"I think that Selina treasures her free agency; the thing that drives her to get in the suit some nights is simply that she can. She has an inherent distrust of authority (particularly when it's being misused, or in the hands of people who aren't as smart as she is, which could be practically anyone), and the suit gives her the freedom that only comes when you're not quite yourself," Valentine said, explaining her take on the character and what will make the mob-boss life interesting. "Giving up that freedom for a responsibility of this scale is going to affect her more than she thinks."