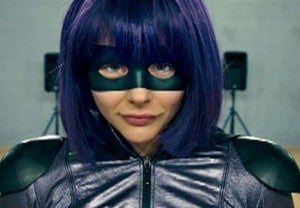 Now, the newest rumor gaining steam online is that Chloë Grace Moretz has been cast in Star Wars Episode VII. The source of the rumors is Moretz herself, because she’s been actively tweeting about watching past Star Wars films. She even referred to watching Star Wars Episode III: Revenge of the Sith as being productive, which some fans are speculating is code that she was watching as part of preparing for an upcoming role rather than just for fun.

While making the leap from an actress watching some of the past Star Wars movies to actually being cast in Star Wars Episode VII might seem like a big leap, there have been rumors attaching Moretz to Star Wars Episode VII in the past. In fact, Moretz even hinted at the possibility in a past interview with the Telegraph. When asked about Star Wars rumors, Moretz said, “Yeah, I mean I can’t really speak about it. It’s exciting and it would be a very cool thing to be a part of and I think JJ’s brilliant but we’ll see.”

There’s also one more thing in regards to the timing of Moretz’s Star Wars viewing that reinforces speculation that she might have a role in the film. It just so turns out that several Lucasfilm employees are also presently taking part in the "productive" watching of some of the past Star Wars episodes, as part of official company direction. Could it be everyone associated with Star Wars Episode VII including the cast has been recently asked to familiarize themselves with the old episodes?

Already on episode III revenge of the sith. Today was productive