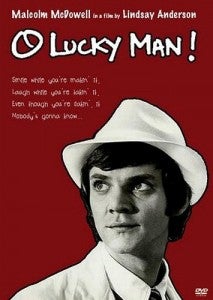 Malcolm McDowell, the veteran actor behind legendary film roles in A Clockwork Orange and Caligula, has taken on the role of Professor Cornwallis, Greendale's new history teacher on NBC's cult comedy Community.

McDowell, who currently stars on the TNT series Franklin & Bash but has recent experience with NBC as Daniel Linderman on Heroes, has played a host of roles familiar to comic book fans, from Tank Girl to the Spider-Man and Superman animated series to one-offs on genre fare like Psych and Robot Chicken.

Now, The Hollywood Reporter says he'll join Community for a multi-episode arc, likely not dissimilar to the one that Michael Kenneth Williams had last year as the study group's biology professor. Last year, the star of HBO's The Wire appeared in three episodes of the NBC sitcom before his character left his job, marking the third consecutive season of Community that ended without the professor retaining his or her job (one was fired for falsifying his credentials and another was placed on leave and never returned after attacking a student).