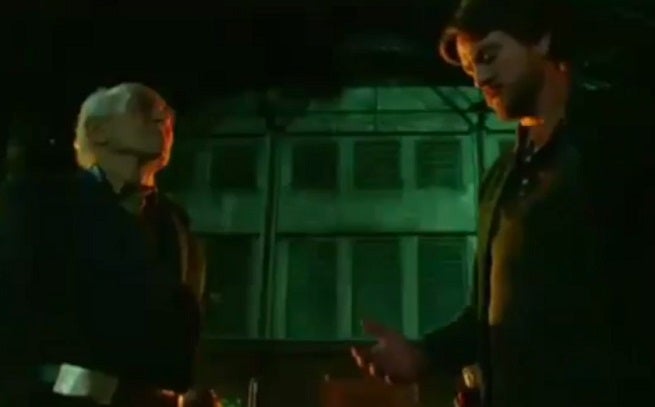 A fan has uploaded the teaser for next week's episode of Constantine, titled "Quid Pro Quo," which aired at the end of tonight's episode.

"Quid Pro Quo," which sees Constantine face off against longtime Justice League for Felix Faust, centers largely on Chas, whose daughter has  been taken.

You can check it out below, and the first (low-quality) look at Faust above, played by Breaking Bad's Mark Margolis.

ComicBook.com was the first to report that Faust was coming to Constantine, but it wasn't totally clear whether he would make it into the year once  the season was capped at 13 episodes and Terry Thirteen, who was announced at the same time as Faust, was trimmed.

Faust is a powerful mystic who has menaced the DC Universe for decades, and is an early and dangerous Justice League villain. His most notable, recent story was probably in 52, where he and Neron conspired to manipulate Ralph Dibny only to be outsmarted.

CHAS FACES A PARENT'S WORST NIGHTMARE -- MARK MARGOLIS GUEST STARS AS 'FELIX FAUST' -- Thousands of people across Brooklyn have slipped into a mysterious coma, including Chas' (Charles Halford) daughter. John (Matt Ryan) must find and defeat the evil behind it before it consumes the city. Angélica Celaya also stars.