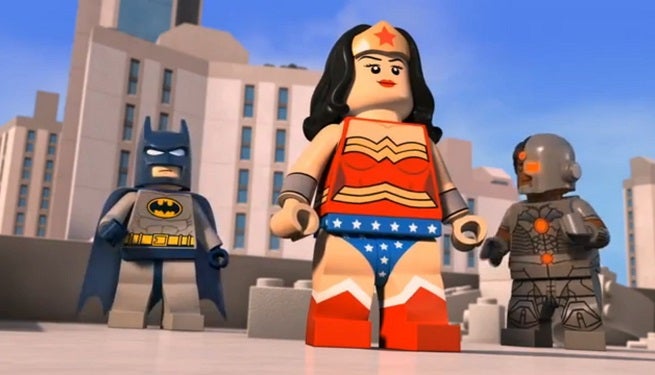 The clip shows Cyborg in action, battling Lex Luthor on his first day as a member of the Justice League, and he’s still a bit star struck when it comes to Batman. After that, there’s a blooper clip where Robin plays a little trick on Cyborg.

LEGO DC Comics: Batman: Be-Leaguered sees Batman, reluctant to join the Justice League, joining forces with the rest of the team after Superman goes missing and villains start to get bold in his absence.