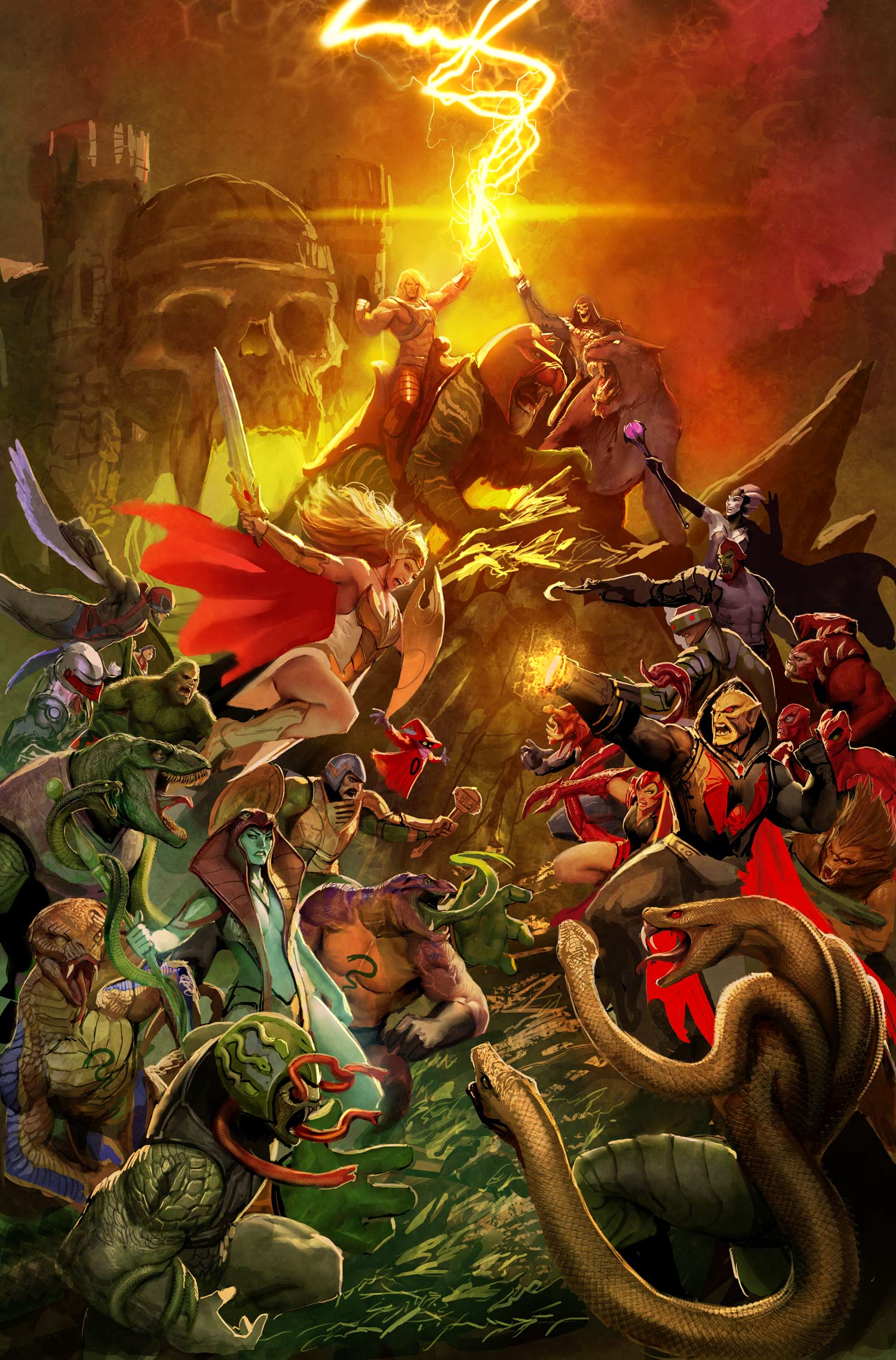 DC Comics and Mattel today announced that they will partner on a third He-Man and the Masters of the Universe maxiseries, this time from Guardians of the Galaxy icon Dan Abnett and featuring art from Pop Mahn and covers by Stjepan Šejić.

Titled He-Man: The Eternity War, DC promises that the series "takes the series to an all-new level with matchups and team-ups never before seen in He-Man lore – and all of Eternia is at stake including the beloved Castle Grayskull. The series will feature heroes and villains from the vast universe including He-Man, She-ra, Skeletor, Hordak, and many more."

"This is the big one! The epic! So much Masters of the Universe lore and mythology sweeping together in one epic storyline! He-Man, She-Ra and their allies combine to take Eternia back from Hordak in the war to end all wars.... and there are other sinister threats lurking in the shadows," said Abnett. "Did I say epic? I think I did. Twice. And Pop is a genius! His art is amazing. He's the sort of artist that writers long to write for! I can't properly express how excited I am about this book."

"When you are given the chance to be a part of a monumental storyline, so thunderously epic that it could only be crafted by master storyteller, Dan Abnett - you thank the heavens for your good fortune and you dig deep because this new Masters of the Universe story is guaranteed to blow some socks off," Mahn said. "Dan's brilliant scripts constantly push my artistic boundaries like no other and I'll be bringing this fresher, better artistic approach to the new saga. I can't wait to get in the trenches and help Dan produce something really special!"

The treatment for the series reportedly originated with Rob David, Head Writer and Lead Creative on Masters of the Universe for Mattel's Entertainment Studio, Playground Productions.

"This is our Ragnarok, our Twilight of the Gods," said David, "the epic showdown He-Man fans have been waiting for. It's He-Man vs. Skeletor, She-Ra vs. Hordak, Masters vs. Dark Masters – all fighting for control over Castle Grayskull. In the end, winner takes all. Who will become the Master of the Universe? Nothing will be the same after this."

The first issue will be on newsstands December 17 and available online for digital download from DC's website, ComiXology, Amazon or Barnes & Noble.