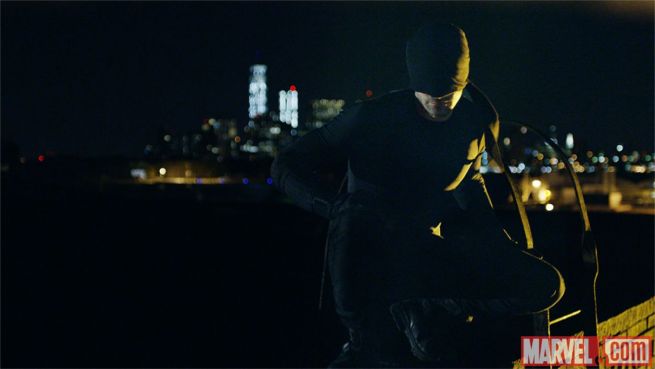 I wasn't at New York Comic Con. I wish I was, but I'm going to have to settle for the next best thing, and this new video from Marvel looks like it.

Here's the entire Daredevil panel, promoting the Netflix show. There are some issues with the sound, but if you dial it down, it's not too bad.

Oh, and of course, the footage isn't included. That may never play in the same way again, or at least not outside a Con environment. Hopefully a teaser for the rest of us will come along sooner or later.

There's no confirmed release date for Daredevil just yet but I was told it's going to be earlier in 2015 than many people have assumed. I'll stack my chips on March for now and we'll wait and see what's officially announced in due course.

Now, if you'll excuse me, I'm off to watch this whole thing, front to back.