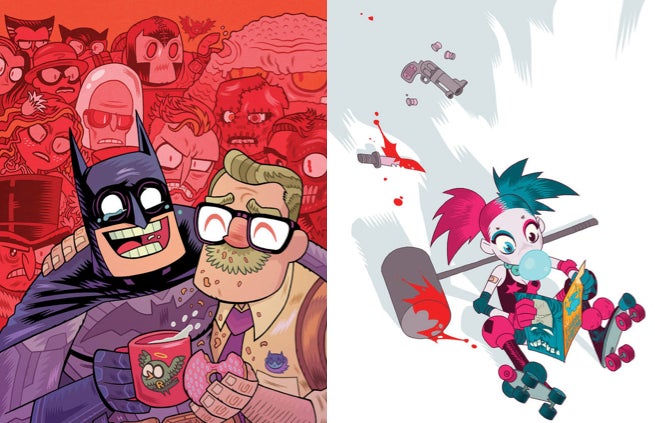 DC Comics’ variant covers are about to get animated, as the publisher has announced that Teen Titans Go! will headline their variant cover theme for July 2015.

For the month of July, a handful of DC’s comics will receive a variant cover featuring the Cartoon Network series starring Robin, Starfire, Beast Boy, Cyborg, and Raven. The show, known for it’s lighthearted tone and humor, should provide plenty of visual gags for the variants. The Teen Titans Go! covers follow DC’s other monthly variant themes, which have included Warner Bros. movie posters and The Joker.

DC Comics has provided ComicBook.com with an exclusive first look at the covers to Batman #42 by Dan Hipp, Harley Quinn #18 by Ben Caldwell, Secret Six #4 by Sean Galloway, and Sinestro #13 by Jorge Corona. You can check them out in the gallery below.

The full list of covers getting the Teen Titans treatment are:

What say you, readers? Excited for the Teen Titans’ invasion? Wish it had ben Young Justice instead? Let us know in the comments below.