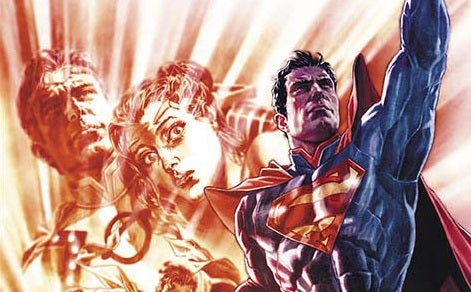 DC Comics will launch a new, ongoing series titled Secret Origins that will give fans stand-alone stories, text and illustration filling in the background information on their favorite DC heroes and their history in the world of the New 52, the publisher confirmed today.

Tony Bedard, Kyle Higgins and Greg Pak will write the first issue, focusing on Supergirl, Dick Grayson and Superman, respectively--at least we're assuming, since each of those writers has had at least one acclaimed story with the characters in that order.

The title will reportedly fill in the blanks left by the rejiggering of the timestream and the universe that happened after Flashpoint and will give fans an idea of just what has happened in the first five years that superheroes were active, prior to Justice League #1 taking place. It will also serve as a primer for new readers to get caught up on the current status quo of characters.

As Comic Book Resources, who have the exclusive cover reveal, note, the original Secret Origins ran in the 1960s, with the title returning for a a while after Crisis on Infinite Earths to give fans a sense of what changes had been made following that massive crossover event. Both 52 and Countdown to Final Crisis featured short, two-page "Secret Origins" backups, as well, once again reflecting the post-Infinite Crisis status quo. 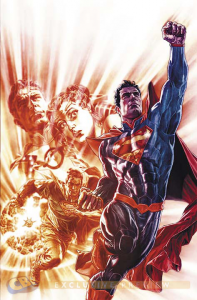 Check out the cover at right and the solicitation text below. Secret Origins #1 hits stores on April 23.

SECRET ORIGINS #1 Written by TONY BEDARD, KYLE HIGGINS and GREG PAK Art by PAULO SIQUEIRA, WILL CONRAD and others Cover by LEE BERMEJO 1:25 Variant cover by ANDY KUBERT On sale APRIL 23 • 48 pg, FC, $4.99 US • RATED T At last, the SECRET ORIGINS of the World’s Greatest Heroes in The New 52 can be revealed! This new series gets off to an awesome start with the origins of The Last Son of Krypton and Kara Zor-El, Supergirl, plus the first Robin, Dick Grayson.