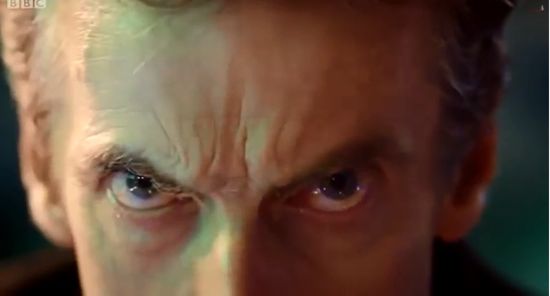 In the press, Peter Capaldi has widely been referred to as the 12th Doctor, even by the BBC themselves. However, it appears as if Peter Capaldi might actually wind up being the 14th Doctor. Near the end of The Day of the Doctor, there is a reference made to all thirteen of The Doctors, as can be seen in the clip below. While there had been question over if John Hurt actually counted as a Doctor, it appears that he does. Not only that, but David Tennant appears to count twice, since he used up an extra regeneration to save himself in Journey's End. In an interview with the Mirror, Doctor Who showrunner Steven Moffat confirmed that Matt Smith was actually the 13th Doctor. "The 12 regenerations limit is a central part of Doctor Who mythology - science fiction is all about rules, you can't just casually break them," teased Moffat. Apparently, the regeneration problem will be addressed during the Doctor Who Christmas Special 2013. The most logical explanation might be that there turns out to be some way around the rules, and Peter Capaldi is actually able to become the 14th Doctor. However, there has been some speculation that there could be a twist where Peter Capaldi actually winds up being counted as an earlier number Doctor.