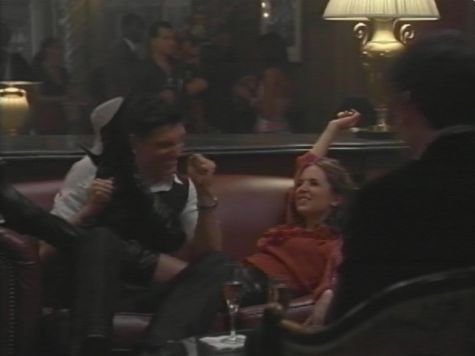 On the "Gray Hour" episode of Dollhouse, Echo is an expert safecracker that is out to steal a precious artifact. Joined by sidekicks Walton, Vitas, and the Professor, Echo leads the team into a high security building. The security system in the building will be down for one hour--called a 'gray hour'--which is the amount of time the team has to get in and get out. After blowing through a wall that leads to the vault, Echo quickly opens a huge safe. She's large and in charge, and even though her crew members have never worked with her previously, they quickly come to respect her abilities. 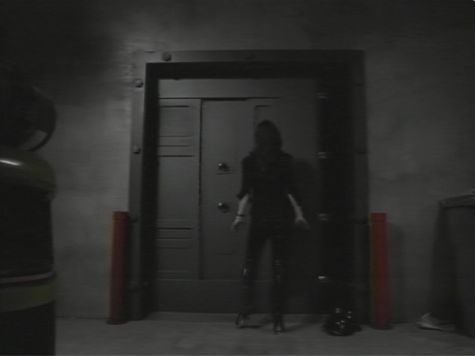 Once in the vault, Echo pulls out a picture of the Parthenon, a small stone artifact. She tells the Professor to find the artifact right away. Minutes later, while the other crew members are searching for the artifact, the Professor is seen sneaking toward the vault door with something in his hands. Walton runs to catch him, and the Professor stabs him in the side. The Professor slips out the vault door and closes it shut. The remainder of the crew is locked inside. Echo, still in control, calls Langton, who is stationed outside the building. She tells him that the Professor stole the item they need, and that Langton must complete the job for her. He says he will, and tells her to get out of there. As the conversation ends, there is some serious feedback on the phone. Echo puts the phone down and says the words we normally hear after a treatment: "Did I fall asleep?" She has lost her profile. 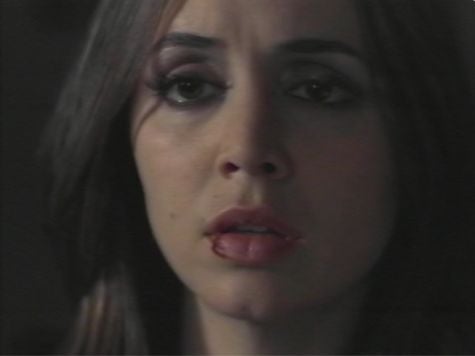 Topher, back at the lab, notices Echo's brain waves bouncing up and down on the computer and tries to call her. No answer. Echo is having a hard time adjusting to her new world. Langton catches up with the Professor and pulls his gun on the man. He tells him to give it up. Professor says he can sell it for twice what he's getting paid. Langton threatens him again. Professor agrees to do it, and drops the artifact in front of Langton and takes off. Langton catches the artifact, spins around, and shoots the Professor in the leg. I'm incredibly glad that this show has Langton. He's the lone bright spot so far in the series. Heck, he's such of a badass, I wouldn't mind seeing a show based on his character. Back at Dollhouse, Topher is freaking out. He's talking with DeWitt and Dominic. They listen to the call back of the Echo/Langton conversation, and Topher realizes that Echo's memory has been wiped away remotely. He doesn't know how it's possible. DeWitt asks him how to reprogram Echo, and he says "We don't." Topher tells them that someone out there figured out their frequency and hacked into the call. He says Echo needs help--that she cannot help herself. And he's right, because back at the vault, Echo is a basketcase. One of her crew members is trying to talk Echo into action, but realizes she isn't really there. Meanwhile, Sierra is sent into action. It turns out, DeWitt has had Sierra's actual personality re-installed. Sierra, in real life, was a safecracker and a thief who was planning on stealing the Parthenon almost a year ago. DeWitt and Dominic agree to offer Sierra twice her usual fee if she extracts Echo and the team from the vault. Back in the lab, Topher is trying to figure out how someone hacked into his system. He calls Langton and informs the handler that Echo has been wiped. Langton calls DeWitt, but DeWitt tells him there is nothing he can do. Langton has the Professor in his van, and he forces the man to draw him a map to the vault. At Dollhouse, Sierra says the gray hour will end in 9 minutes, so she doesn't have time to rescue everyone. But she thinks she can talk Echo into cracking the vault door via telephone. In the vault, Walton knows they aren't going to get out. He pulls out a syringe, fills it up, and is about to kill himself when Vitas grabs the syringe from him. There is a no kill order on this job, but Vitas says he's lifting it. When the door opens, they're shooting their way out. 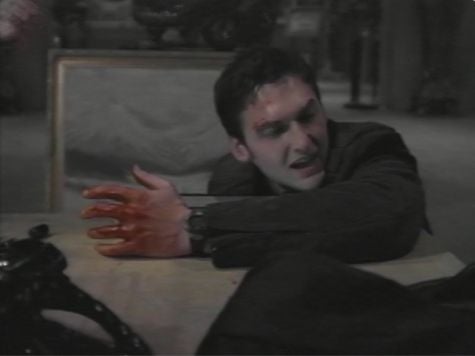 The gray hour ends, and the security system begins to come back up. Sierra, after many attempts, gets in touch with Echo. She walks Echo through the process in a very childlike manner. Echo drills into the door, but the alarm goes off. Sierra says police response time is 7 minutes. DeWitt thanks Sierra for her help,then sends her off to treatment. Dominic tells DeWitt that he'll call Langton and let the handler know he might have to eliminate Echo. In the vault, Walton is instructing Echo on how to surrender. However, Vitas gives her a gun and tells her to start shooting. The guards are outside the vault. Vitas has a gun on Echo, and he tells her to start shooting or he'll kill her. Echo grabs the loaded syringe and stabs him with it. Vitas falls to the ground and starts shooting at the guards. Echo runs over to the injured Walton, who pulls out a smoke bomb canister. He tells her that she can get out. He pulls the pin and throws the canister toward the guards. 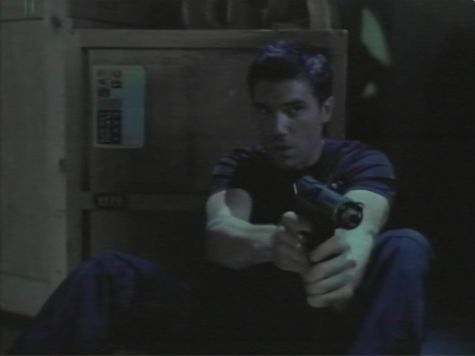 Meanwhile, Langton has entered the building. He follows the handwritten map and runs into Echo and Walton and slips them out safely. Echo's treatment appears to go well. Topher tells DeWitt that all of Echo's memories of the vault are gone. Then he tells DeWitt that the only one that could remote wipe is Alpha. That Alpha has to be alive. DeWitt tells Topher that she's upping his security clearance, which let's Topher know that Alpha really is alive. Spliced into the episode is a story about Agent Ballard and Victor (Lubov). Victor shows up at Ballard's door, wanting the Agent to help him escape the Russian mob. He needs protection--to get out of town. Ballard agrees to help Victor, as long as Victor agrees to never come around him again. However, later in the episode, Ballard informs Victor that he will not help him. The agent says that he has put out notices on Victor throughout the city, and that if Victor tries to escape, he'll personally hand him over to the Russian mob. In all, the Ballard scenes were worthless. This show desperately needs a bad guy, and it appears that Alpha will become more prominent as the season progresses. That should be a good thing.