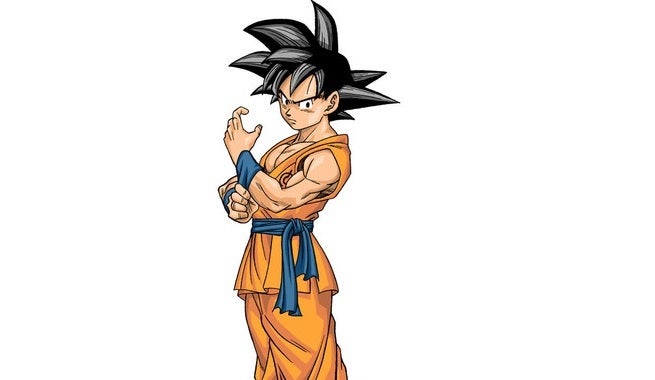 The first image of Goku from Toyotarō's Dragon Ball Super manga has been released online.

The manga will launch in the June 20 issue of V Jump in Japan. Toyotarō previously drew the manga adaptation of the animated film Dragon Ball Z: Resurrection F.

The manga will accompany the Dragon Ball Super anime series, the first new Dragon Ball anime TV series in 18 years. The series will be set some years after the defeat of Majin Buu, during a period of peace on Earth. The series will air on Sunday mornings on Fuji TV in Japan beginning this July.

Dragon Ball creator Akira Toriyama is credited for the original story and character design on both the manga and anime versions of Dragon Ball Super.