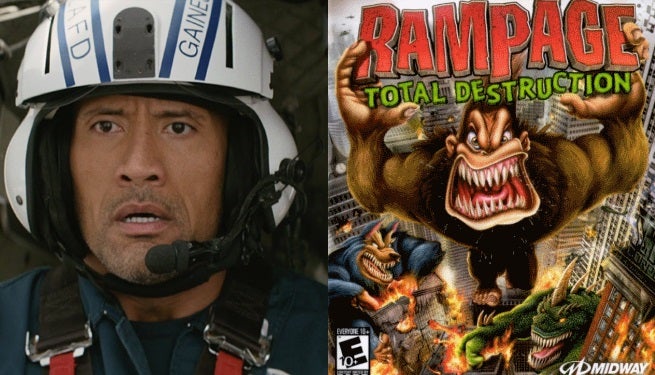 The film’s plot is still under wraps, but the video game involved three giant monsters – George the giant gorilla, Lizzie the dinosaur/lizard monster, and Ralph the giant werewolf – destroying cities. Upon defeat, a character would revert to human form. These humans were revealed to be subjects of experiments performed by by Scumlabs.

Sounds like the making of a Godzilla-like monster movie, with three times the monster. We’ll have to wait and see if Johnson is playing one of the monstrous test subjects, or someone responsible for defeating them.

Ryan Eagle (Non-Stop) is working on the fim’s script. Johnson is planned to begin shooting Rampage after his work on Furious 8 is done.

Dwayne "The Rock" Johnson To Star In Rampage Movie