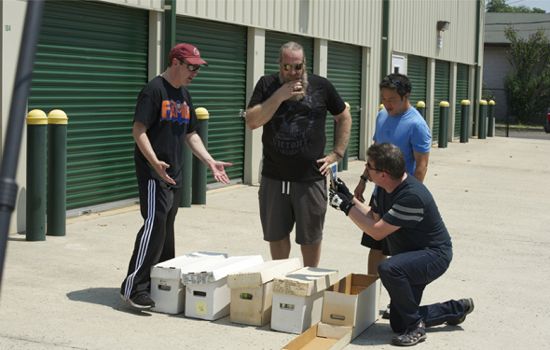 AMC provided Comicbook.com with an exclusive clip from the next episode of Comic Book Men. The episode is titled “Walt’s Big Gamble.”

In the exclusive clip, Kevin Smith asks the gang at the Secret Stash if anybody has a sequel that they like more than the original. Walt Flanagan offers up Empire Strikes Back, and Smith immediately agrees with him. “Absolutely right, Empire is a far superior film to Star Wars. Excellent choice,” said Smith. However, Ming’s choice appears to be a little less well-received. Check out the video below to find out exactly what film Ming selected.

In the “Walts Big Gamble” episode of Comic Book Men,  the boys at the Stash try to strike it big bidding on derelict storage units. Walt geeks out with a fellow Elfquest fanatic.