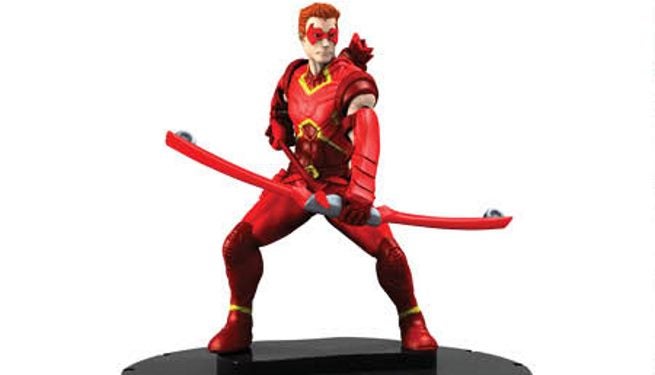 Today, we're happy to preview the prize figure included in the Justice League: Trinity War OP Kit, Roy Harper. Roy is a ranged combat monster, providing a new option for teams based on Red Hood and the Outlaws, and strong ranged support for martial artist teams.

Check out his dial below: 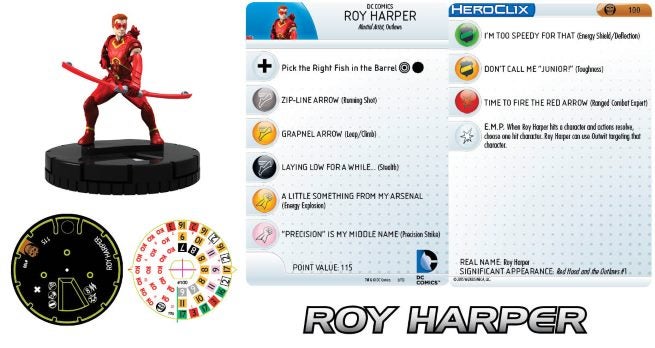 [Click on the image to see a larger version]

In the gallery at the bottom of the page you can see photos of Roy's physical sculpt, as well as the new map included in the OP Kit. One side is the House of Mystery, an indoor/outdoor map that fits nicely with the sets' mystical subtheme. The other side is the completely underwater Atlantis map!

In addition to the new figures, Justice League: Trinity War boosters may also include 3D objects based on the DC Comics Seven Deadly Sins. These objects can be played on their own, or can be used with one of two "buy it by the brick" incentive resources, Pandora's Box and the Rock of Eternity. While we're keeping these resources' mechanics under wraps for now, you can check out the sculpts, also in the gallery below.

Kofi Kingston Gives His Thoughts on the Mustafa Ali Situation

My Hero Academia: If You Think Something Is Wrong with the Manga, You're Not Alone

The Legend of Zelda: Breath of the Wild 2 Update Shared by Nintendo Insider