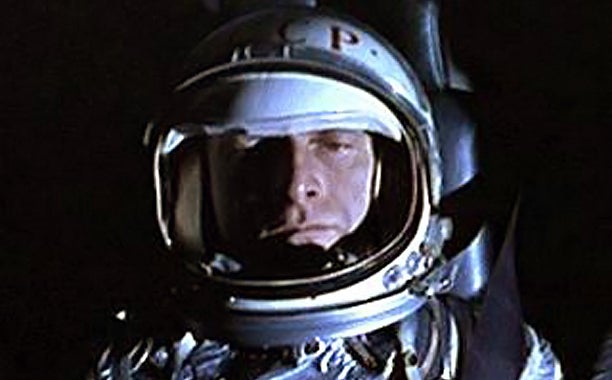 Richard Graydon, the veteran stunt performer and actor best known for his work on the James Bond franchise and Star Wars, has passed away, Entertainment Weekly reports.

The Telegraph reports that Graydon, who doubled for Bond when the character was played by George Lazenby and Roger Moore, passed on last Monday at the age of 92.

Besides his stunt work, he had a number of bit parts in the Bond franchise such as, pictured above, a Russian cosmonaut.

EW reports that in addition to Star Wars, Raiders of the Lost Ark, and Batman, Graydon continued to work until his late '70s, finally retiring after Lock, Stock and Two Smoking Barrels.

Graydon began his stunt career in 1963 with From Russia With Love, but had been acting for a decade before that, since 1952's Robin Hood and His Merrie Men. Early in his career, he had a one-off appearance on The Avengers.