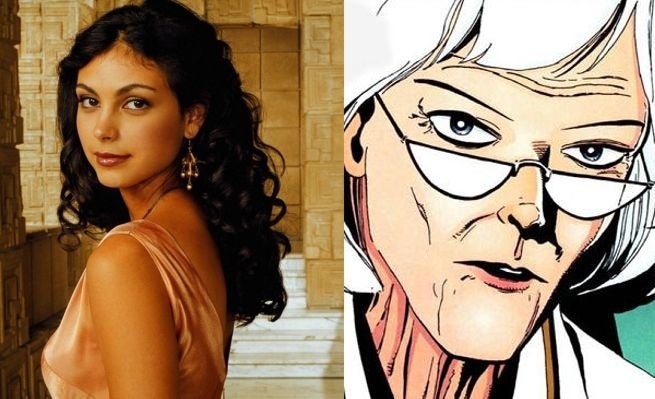 Morena Baccarin has been cast for the role of Dr. Leslie Thompkins in FOX's Gotham.

As Deadline reports, Baccarin will have a reoccurring role throughout Season One with plans to become a regular cast member by Season Two. The Leslie Thompkins character will retain her comic book status-quo as a caretaker with a heart of gold, assisting the patients of Arkham Asylum. There, she will meet Jim Gordon, who will be going through "a very tough time," " as executive producer Danny Cannon revealed during New York Comic-Con. After their initial encounter, Thompkins will hold an attraction towards the future Gotham Police Commissioner.

For Baccarin, Gotham marks her return to fantasy genre acting. Firefly fans will remember starring role on the Joss Whedon series, along with other sci-fi roles in Stargate SG-1 and V. Baccarin was recently nominated for an Emmy Award for her performance in Homeland.

No word was given for which episode Dr. Thompkins would debut in, but it probably won’t be until after the mid-season break. The next episode of Gotham,“The Spirit Of The Goat,” airs next Monday.

The Most Anticipated Scenes Of Attack On Titan's Fourth Season