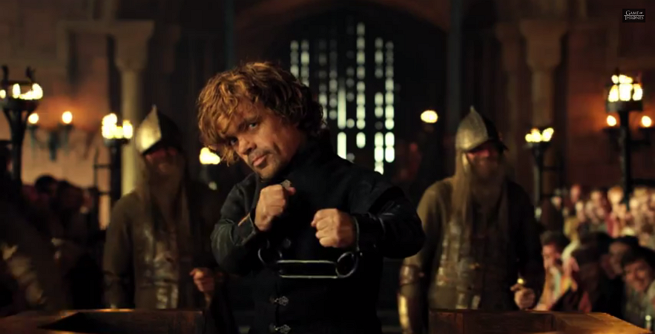 The Game of Thrones Season 4 blooper reel, released today at the 2014 Comic-Con International: San Diego, has been released online.

In the video, you can see the stars of the show forgetting their lines, tripping over themselves, trying to figure out what to do when the props and sets fail them, and other such silliness.

Game of Thrones Season 4 was the show’s most successful season yet. Season 5 will air in 2015.