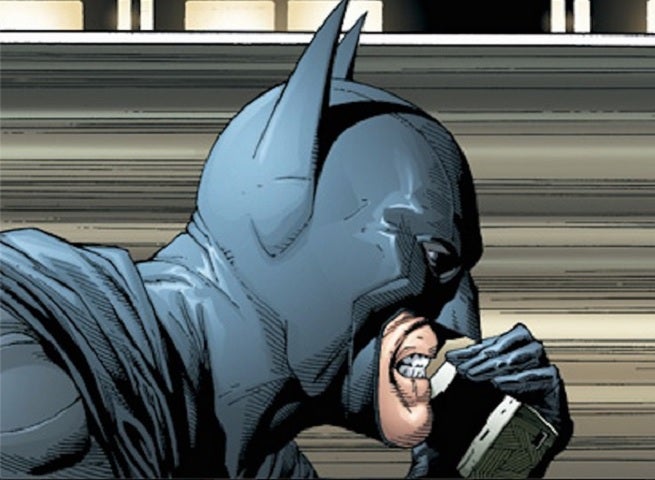 DC Entertainment's Chief Creative Officer Geoff Johns gave fans today a sneak peek at some finished art from the upcoming Batman: Earth One Volume 2, due in stores on May 6, 2015.

The issue will hit within days of Free Comic Book Day, when a still-top-secret DC project is the only thing currently being offered. Given the company's history, it would be surprising if that book wasn't some kind of Batman tie-in, with a ten-page (or so) flipbook preview of Earth One Volume 2 in the back.

You can check out the panels, including an image we like to imagine is captioned "Damn it, Gekko, I thought you told me those investments were sound!," below.

Johns, artists Gary Frank and Jon Sibal and colorist Brad Anderson will bring Batman: Earth One Volume 2 to comic shops and bookstores in May.