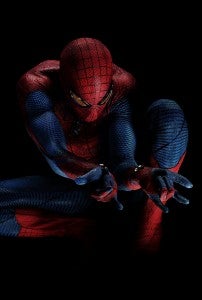 There aren't many directors better than David Fincher working in Hollywood today.

It's actually hard to imagine a director better suited to adapt someone else's material; films like Fight Club and The Social Network have demonstrated the filmmaker's ability to retain the tone and flavor that made the originals worth adapting in the first place, while still putting his own stamp on the film,elevating licensed properties above merely being properties and making them art.

So it's a bit baffling when you read an article live at MTV's Splash Page that seems to suggest that, had Fincher had the opportunity to reboot the Spider-Man film franchise, he would have foregone retelling the origin story almost completely, relegating the classic story to a ten-minute mini-opera at the top of the film.

Fincher told io9 that his take on a Spider-Man film was "very different from what Sam [Raimi] did or what Sam wanted to do. I think the reason he directed that movie was because he wanted to do the Marvel comic superhero. I was never interested in the genesis story."

Fincher describes the sequence as happening as an extension of the opening credits sequence. While a start like that would almost certainly have been controversial among many comics fans, the idea of a brief, silent retelling of a known and established origin story has already been shown as something that can work to communicate the story just as effectively as a full-blown adaptation.

You doubt it? We've got just eight words for you on that score: 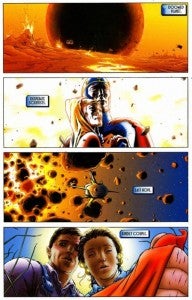