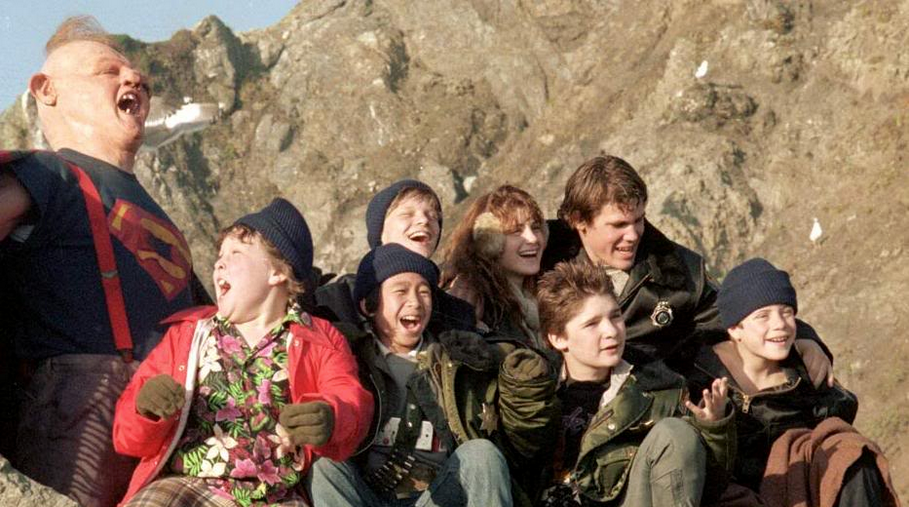 It’s time to truffle shuffle. Starting next week, Astoria, Oregon, will hold a days long celebration honor the Goonies' 30th anniversary. Astoria, of course, is where the Goonies was filmed.

For the Goonies’ milestone, Astoria residents are calling upon Goonies aficionados nation-wide for a days long-celebration of Richard Donner’s eighties adventures. Roughly 15,000 fans will arrive to prove that Goonies never say die, with several events planned to honor their arrival. On top of at least four different screenings of the films, several cast and crew members will make an appearances, Goonies-themed lectures will be held, an eighties convention will occur, a One-Eyed Willie scavenger hunt will take place, and—yes—even a truffle shuffle will roll through the streets.

But The Goonies fun doesn’t end there. Visitors are also encouraged to visit the Astoria locations where Goonies cameras once rolled, including the local jailhouse, the Oregon Film Museum, and even “Mikey’s House.” For the true Goonies enthusiasts, however, there’s a two-hour “Sail The South: cruise, where visitors can ride with cast members like Sloth’s stunt Double, and Elgin Perkins. The Cruise, which seeks to re-enact One Eyed Willie’s pirate ship jaunt at The Goonies’ climax, will also include a special talk and autograph signing from Chunk himself, Jeff Cohen.

“We were tickled to have all the fans in town and let people know that we have a lot of history here and that we’re also a great town to visit for film tourism and nostalgia,” the Astoria-Warrenton Area Chamber of Commerce marketing manager Regina Willkie told The New York Times.

What do you think, West Coast readers? Will you travel to Astoria for the Goonies Celebration? Let us know in the comments.

Goonies Day To Celebrate 30th Anniversary Of The Film