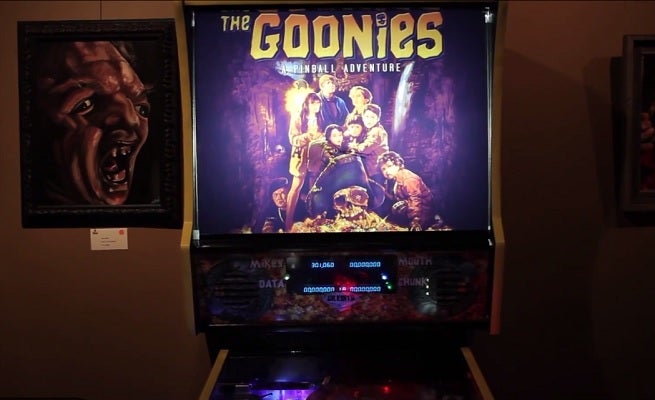 Cinereelists celebrated the thirtieth anniversary of The Goonies by interviewing a Goonies fan who built himself a custom The Goonies pinball machine.

Using art, catchphrases and 3D action figure-style sculpts from the movie, the machine is pretty impressive and thorough.

You can check out a video look at the game below, along with some comments from Cinereelists.

Full Podcast Interview: https://cinereelists.com/goonies - The Goonies was released 30 years ago to the date of the release of this video. To celebrate we spent some time with Goonies super-fan Mike Johnson to talk about his custom Goonies pinball table.

ProZD Reveals What He Puts First: Youtube Or Voice Acting

Adidas LEGO ZX 8000 Sneakers Launch Tomorrow: Here's How to Get Them