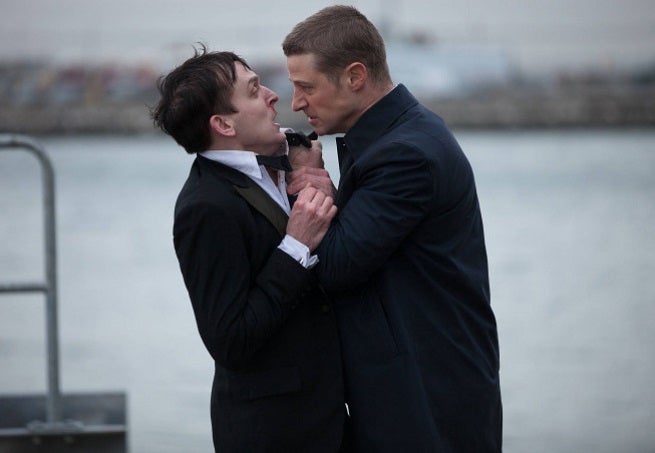 Gotham passed Scorpion to be the biggest series premiere so far this year after the live +3 ratings were calculated giving the Batman prequel more than a 55% bump.

Gotham had the biggest percentage DVR bump on premiere night, which lifted it from tied with Scorpion for a fourth place for the night in 18-49 behind The Big Bang Theory, The Voice and The Blacklist to tied for second with The Voice.

Sleepy Hollow gained a point, going from a 2.0 to a 3.0, a good sign for the sophomore drama given that they had been seen as underperforming in the overnight numbers.

News should come tomorrow or Monday on Agents of S.H.I.E.L.D., which had 5.98 million viewers on Tuesday. That's half a million more sets of eyeballs than they had in their Season One finale, but more than a 50% drop from the 12.12 million the show debuted to last year. A comparable, 50% or so increase in live +3 for the series would be normal for S.H.I.E.L.D.