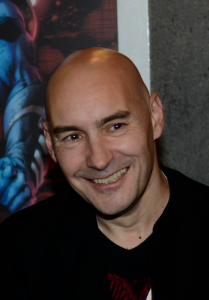 Superstar comics writer Grant Morrison, in a USA Today article, has a few choice words for Warner Bros.--the parent company of DC Entertainment--about a couple of DC characters that he's spent more than a little time with.

Speaking about a broad range of topics, Morrison said told the newspaper that he wasn't crazy about certain elements of Warner's most recent comic book adaptation, and shifted the blame for another's failure to get off the ground squarely onto the studio.

Asked about his response to Man of Steel, the Superman reboot that drew from elements of Morrison's own All-Star Superman for inspiration, the writer hedged a little.

A. I kinda liked it and kinda didn't, to be honest. I feel bad because I like (director) Zack Snyder and (writer) David Goyer, and (star) Henry Cavill was really good. But it felt like one of those ones where it's like, "Bring on the second movie now that you've done this," and I don't need to see that as someone who knows all I know about Superman. For me, it was a bit "seen it before," no matter how they tried to make it a little bit different. I'm more looking forward to the Dark Knight version of Superman, the next one, where hopefully it will have Lex Luthor and be some fantastic second act.

It's a credible Superman for now. But I'm not sure about the killing thing. I don't want to sound like some fuddy-duddy Silver Age apologist but I've noticed a lot recently of people saying Batman should kill the Joker and, yeah, Superman should kill, he should make the tough moral decisions we all have to make every day. I don't know about you, but the last moral decision I made didn't have anything to do with killing people. And I don't think many of us ever have to make the decision whether or not to kill. In fact, the more you think about it, unless you're in one of the Armed Forces, killing is illegal and immoral. Why would we want our superheroes to do that? 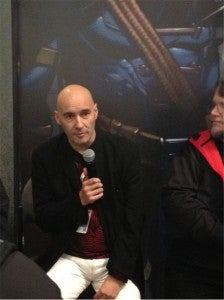 Some of those criticisms are certainly common to the comics community, although Morrison is in the minority (as far as we've heard) for complaining that the origin aspect of the film was played out. Nevertheless, it was his comments on the prospects of a Wonder Woman movie that are likely to turn more than a few heads:

I know Warner Bros. isn't particularly keen on launching movies with female leads, and most of the big studios aren't. It's just a thing in Hollywood — they have fears about this. They also believe the audience is composed mainly of 18- to 30-year-old men who don't want to know about women. (Laughs)

There are certain attitudes that have been around for a while and I think people just don't question them anymore, and things like Wonder Woman always fall prey to it. I think you could have easily made an amazing Wonder Woman film if you had Angelina Jolie in her prime doing it. I think it would have done well, but I don't know if there's a big-name actress who can do it now.

The executives just run these things over in their heads and say, "I don't know if it's worth putting money into this. It's not a surefire hit. The boys want to see Batman brooding." Believe me, that's what they think: "Boys don't want to see a bunch of Amazons running around."

Lest we forget, Wonder Woman was most recently rumored to be in development as a Smallville-style TV series for The CW, which studio honcho Mark Pedowitz admitted today was "on pause," as they weren't sure the script was what they were hoping for.