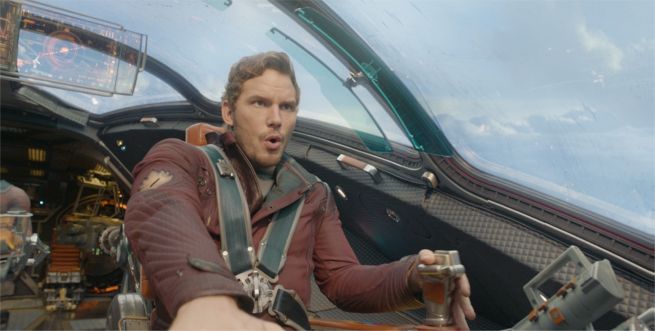 Spoiler Warning: This article contains a huge surprise spoiler for Guardians of the Galaxy, so only keep reading if you want to know. While the spoiler is likely not an integral part of the plot, it is a spoiler that you might prefer to be surprised by. You have been warned.

Disney and Marvel Studios released the full, credited cast list for Guardians of the Galaxy to Stitch Kingdom, and in doing so, they revealed a huge spoiler for the film. For the most part, the credit list included cameos that had already been confirmed. However, while many had been guessing that Nova might have a surprise cameo in the film, it's actually someone else from the Marvel universe that shows up.

Whether this signals that Marvel Studios is planning a Howard the Duck reboot movie, we have no idea. More than likely, it's just a cool brief cameo of the character, probably included at the request of director James Gunn.

Guardians Of The Galaxy Credits Reveal The Biggest Surprise Cameo Ever