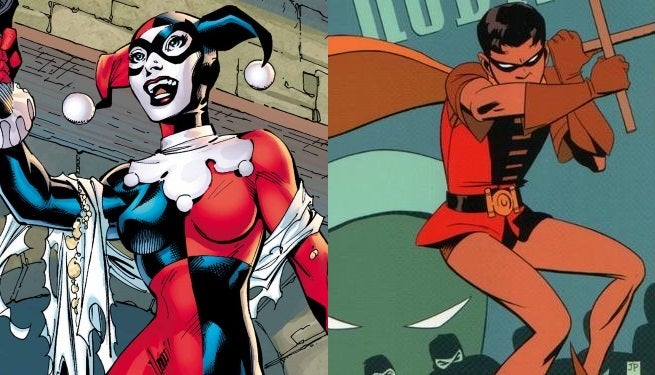 Speaking to Entertainment Weekly, Gotham showrunner Bruno Heller has confirmed that there are currently no plans to introduce Harley Quinn in the series, but did promise a “prenatal” Robin story at some point.

“We’re going to do a prenatal origin story for Robin down the line,” Heller says. “There are no MRIs involved. There’s an episode coming up where we learn how Robin’s parents got together.”

If Gotham takes place when Bruce Wayne is still child, it makes sense that Batman’s eventual teenage sidekick hasn’t even been conceived yet.

As for Harley Quinn, who seemed to be being teased at Gotham’s New York Comic Con panel, Heller says the rumors were likely the result of a simple discussions about which characters should be used this season.

“One of the things about the size and scope and ambitious of this production is that — it’s not that there’s lots of chefs in the kitchen, but there’s a lot of people with opinions and views and inside knowledge,” Heller says. “That aspect of the show — which characters to use and when — is a source of constant discussion. And that may well have been an issue that came up and was dropped. We haven’t got Harley Quinn in it. Riddler’s girlfriend is coming up. And Harley Quinn is definitely planned for later on, but so far no.”

“You can’t just keep pumping these characters into the show in a comic book sort of way, because you get the Super Friends effect — which isn’t a bad effect, but then you have spaceships and need to go underwater and get wacky villains and the rest of it,” he said. “You have to work as a character piece first. First it has to be real.”

Heller On Gotham: No Harley Quinn, But "Prenatal" Robin Story