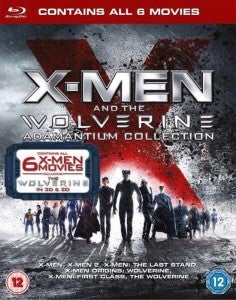 This weekend, Hugh Jackman hosted TNT's Christmas in Washington concert. Jackman was the first Australian to ever host the event. According to USA Today, Jackman revealed what he was getting the Obamas for Christmas.

Jackman said he was getting the President a “gift that speaks to the true meaning of Christmas: a box set of all seven X-Men and Wolverine movies.”

Interestingly enough, there was a X-Men and Wolverine box set released earlier this month. However, the box set contained only the six X-Men and Wolverine movies which have been released already. The seventh movie in the X-Men series will be X-Men: Days of Future, but it won’t be released until May 23, 2014.

If Jackman gives President Obama a box set with X-Men: Days of Future Past included, then it would be quite the Christmas present.