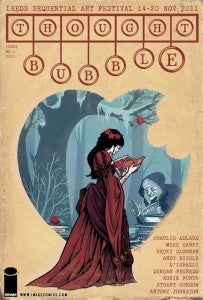 "Thought Bubble is delighted to be working with one of our favourite publishers, Image Comics, for our first ever anthology," said Lisa Wood, who is the Thought Bubble Festival Director. "We are stunned at the support we have received from everyone who has contributed to the comic and hope it is the first of many more to come!"

The Thought Bubble Festival takes place across Leeds from November 14th to the 20th. There will be a massive Comic Con held at the city's largest convention halls on the 19th and 20th. Thought Bubble Anthology #1 will arrive in comic book stores on November 9th.