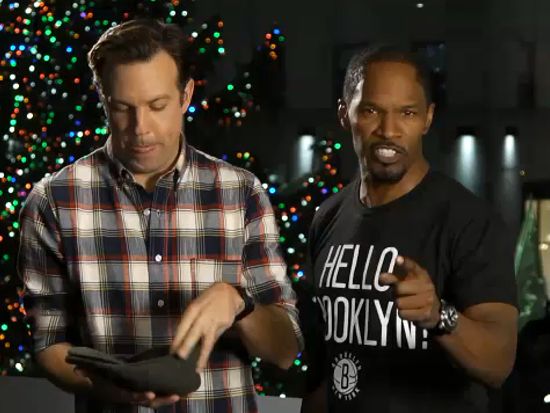 Jamie Foxx will be hosting tonight’s edition of Saturday Night Live. Jamie Foxx is likely appearing to promote Django Unchained, which open in theaters on December 25, 2012. Django Unchained is from director Quentin Tarantino, and DC Comics is publishing a Django Unchained comic book as part of their Vertigo line.

While we expect Jamie Foxx will probably give a call out to Django Unchained during the episode, it will be interesting to see if he makes any mention of a certain comic book movie. Jamie Foxx was recently cast to play Electro in The Amazing Spider-Man 2. Dare we hope that we might even get a glimpse of Jamie Foxx in an Electro costume in one of the skits. He tweeted that he dressed as Electro for Halloween, so he must have a costume somewhere.

Besides the comic book connections, there’s another reason that we’re looking forward to Jamie Foxx hosting Saturday Night Live. As an experienced comedian, Jamie Foxx will undoubtedly bring more laughter to his hosting duties, than previous non-comedic hosts have. In fact, just looking at the Jamie Foxx sneak preview for the episode, it is funnier than most of what we have seen on Saturday Night Live so far this season. Saturday Night Live airs starting at 11:30 PM ET on Saturday, December 8, 2012 on NBC.