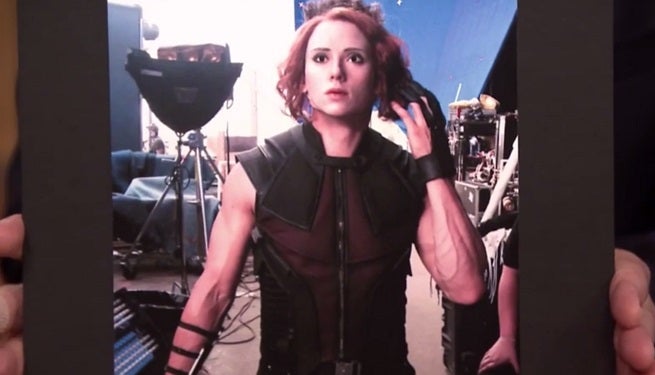 On last night’s episode of The Tonight Show, Jeremy Renner explained why he was wearing Scarlett Johansson’s face around the set of Avengers: Age of Ultron.

Johansson’s stunt double has a mask that she wears during scenes to help make the switch out with Johansson less noticeable. Renner was apparently bored on set one day, and decided he wanted to try it on.

Jeremy Renner Explains Why He Had Scarlett Johansson's Face On Avengers: Age Of Ultron Set