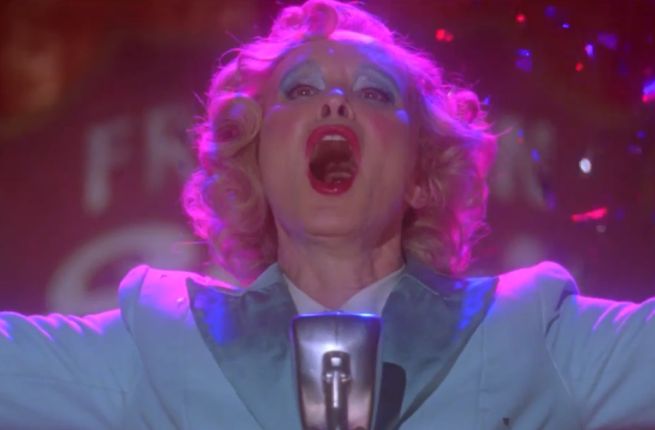 In the premiere, there are a couple moments that everyone seems to be talking about. Of course there was the evil, serial-killing clown Twisty and the rather interesting use that a group of women found for Lobster Boy’s hands, but one of the biggest moments came when Jessica Lange’s character Elsa Mars gave a performance of David Bowie’s "Life on Mars."

Lange road out on a wooden rocket before launching into song, as the rest of the freak show cast created an elaborate stage production. FX has officially released the full video of the performance online via Entertainment Weekly, so watch and enjoy.